Baseline IT Transformation In Digital ERA 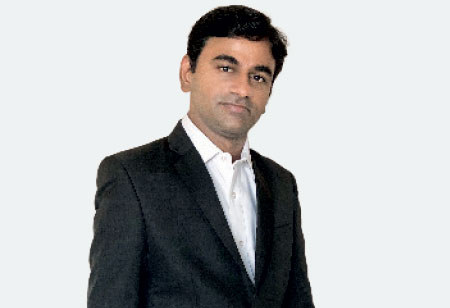 The buzz word going around is Digital Transformation. Many of us are already part of such initiative or in process of beginning one. Not only the large enterprises or MNCs are moving towards this regime, even the small and medium sectors are adopting and changing their digital landscape. Amongst the technologically advanced or fairly matured organisations we still find organisations who have missed the bus and still are way behind in times as they had not felt the need to advance digitally earlier. Now with the world moving towards digitisation the need is generated as they see business impact and serious discussions taking place in the top management on the topic. Vendors/ partners who are interacting with the CXO community in various forums are showing the big picture on the advantages for going digital or benefits of IoT, AI, etc. The management feels the need to have a CIO who will be able to take these decisions and lead the company in the right direction. They welcome an IT veteran as the CIO.

The responsibility of the CIO is to look at the AS-IS state and build a roadmap for the organisation which will put them on the map with others. One side the legacy issues which is impacting business as usual needs to be fixed immediately and the other side is the transformation journey and newer initiatives. CIO gets into action and starts the ball rolling. The end users, now used to a typical working culture suddenly feels deprived of the privileges available to them earlier and sees the CIO as some alien speaking a Martian language of Compliance/ Security/Privacy/etc. Most of them have to now move out of their comfort zone and are shaken on polices and controls being implemented. More interestingly are the responses from the IT team who themselves are now suddenly finding jobs which never they had executed or experienced in the past. The CIO starts the transformation from the very roots which is his own department and puts a clear expectation from each of his team member to move into a more proactive role of business partnering rather than a toolkit technician.

Many of the team members suddenly find themselves glued to their systems making productive meaningful data vs running around with toolkits in hand to fix broken end computing devices. Early success with some low hanging fruits sets the pace and builds some confidence within the team and senior leadership, however much difficult tasks lie ahead. Change management becomes the most critical aspect of the transformation rather than any transformation journey. Introduction/implementation of new systems are much simpler to getting the people to accept it and start leveraging it. The CIO is in luck as the transformation journey is backed up by the CXO community and is driven and supported by the top management. The top management get actively involved into the new initiatives and starts driving them too. This is very important as in top-down method, the acceptance and success rate is much higher. Driven by the confidence, the CIO surges ahead and continues with the responsibility assigned to him for which time will tell the tale.
Current Issue