If Bots Become Smarter With Improvements In AI, Will HR Be Recruiting People Or Bots In The Future? 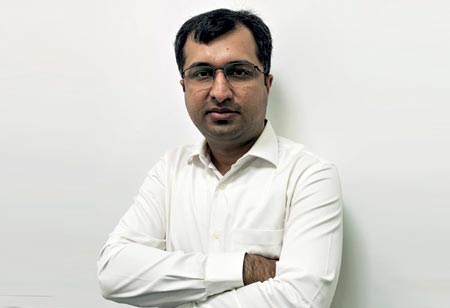 When we hear the word Artificial Intelligence a.k.a. AI, we normally visualize a robot with super intelligence who can do a gamut of tasks. Well, I would say, you’re only partially right because AI has been misunderstood as a competitor to humans rather than a collaborator. AI is generally defined as a branch of Computer Science that tries to replicate human intelligence in a machine such that the machines can perform tasks that would normally require human intelligence.

AI is not new to this world, it has been there since 1955 however its adoption has increased in recent times due to the rise in compute and storage capabilities. Today, we find some form of AI tools being used in our workplace e.g. chatbots or simply ‘bots’. Today many internet and intranet sites have chatbots integrated which helps interact 24x7 to routine queries. This helps the respective functions focus on their core tasks.

While we discuss AI as part of technology, gradually, it will embed itself into every function in such a way that the new ways of working will be AI-centric. In this article, I am focusing on two such important processes of HR – The Recruitment Process and The Appraisal Process. I thought of discussing these processes because this function will undergo a major change but is still less discussed in the AI forums.

The fundamental benefit of AI in recruiting will be in getting the right resources for an organization by deploying Machine Learning based algorithms to determine the actual mindset and skillset of an individual. The existing less accurate psychometric tests will get replaced by more accurate AI-ML-based tests which can measure more accurately.

Another challenging area of HR viz. Employee Performance Evaluation has the potential to undergo a dramatic change with the introduction of AI. Today you ask any employee about which ‘curve’ they hate the most and you are most likely to get a unanimous answer - ‘The Bell Curve’! This is because the basic premise of statistical analysis is on a random sample whereas employees are not recruited randomly but after rigorous scrutiny. Some progressive companies have acknowledged this gap and have done away with the Bell Curves.

However, the moot point remains – how to accurately determine the performance of an individual. AI can answer this by the deployment of relevant algorithms and trying to collect as many data points as possible. This way, the HR can be sure about the elimination of people bias or recency effect which have generally been identified as barriers to true performance evaluation. AI can promote HR’s efforts of promoting meritocracy and ensure the right hardworking and smart people climb the ladder.

Today, bots are deployed in a company’s environment and by the very nature of the bot algorithm, it gets smarter with usage


One interesting scenario which I have identified and has hardly been discussed till now in the Global Forums is ‘If bots become smarter, will HR be recruiting bots in the future?’ My response to this after deep introspection is that HR will be recruiting not just people but also bots in the future. To give you an example, say against the company’s requirement of hiring a candidate with 10 skillsets related to a job function, the HR may recruit a person with 6 matching skillsets and a bot with the rest of the 4 skillsets and both will work together thereby jointly achieving the targeted deliverables. On a lighter note, the HR will be saved from doing a performance appraisal of the bot!!! Doesn’t this sound interesting and exciting?!

Today, bots are deployed in a company’s environment and by the very nature of the bot algorithm, it gets smarter with usage. Do not get surprised if you see experienced bots being sold and purchased (read resigns an organization and joins another organization) in the future. A future job posting could read ‘Require a bot who has been operational for five years in the Sales function, has a predictive capability of 99 percent or more and can perform other versatile tasks of the function.’

Interested organizations can thereafter strike the right deal. There could be specialized training schools for bots whose primary objective would be to train, untrain and retrain the bots just like we humans who need to undergo training programs for enhancing the persona and skillset. This looks very transformative and all that the people would need to do is be open to change and quickly reskill themselves to the skills of the future.