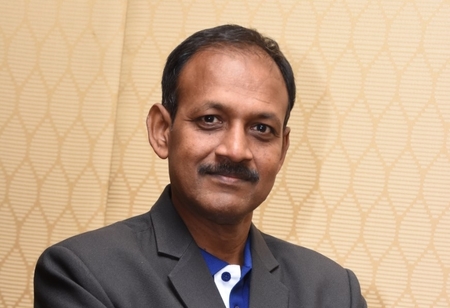 With the spread of COVID-19 impacting millions of lives, the pandemic has impacted all business sectors and industries, including telecommunications. Despite the uncertainty, service providers continue to switch to 5G with a predicted 2.8 billion 5G subscriptions globally by the end of 2025 – almost 30 percent of all mobile subscriptions. This explosion in 5G connectivity will of course be laced with 4G in many regions including India, where a bulk of deployments would continue to be across 4G.

At the same time, Fixed Wireless Access (FWA) connections are forecast to grow threefold and reach close to 160 million by the end of 2025, accounting for 25 percent of total mobile network data traffic globally.

This rapid growth is only complemented by the increasing application of smartphones, IoT-enabled devices as well as Cloud and software-defined networking technologies. The skewed revenue-cost model has become an important factor for driving an aggressive transformation across the landscape, where revenue generated may not be equivalent to the costs incurred in setting up telecom infrastructure.

Telcos recognize it is impossible to meet bandwidth requirements of the future by operating the way they have in the past. As a result, Communication Service Providers (CSPs) and Telecom Equipment Manufacturers (TEMs) are in a race to build new networks and upgrade existing ones. The flip-side is the pressure to deliver quality network services to consumers. Network engineers are tasked with ensuring network health at all times. But sustaining high speeds, ultra-low latency, and 99.99 percent availability can be a laborious and challenging task.

The Human Factor
According to a recent study, almost 40 percent of networking engineers and IT professionals have faced difficulties in deploying devices and networks, 35 percent experienced challenges in managing and maintaining networks while 28 percent faced staffing and other network related issues.

So what are the factors that make it difficult to manage 5G Networks (as opposed to 4G whose rollouts have been relatively easy)? One challenge would be in scaling up the rollouts of 5G which is typically a highly disaggregated network that works on cloud native software and powered by clusters of small cells, making it very difficult to manage the volumes of scale. Moreover, network security, latency, monitoring, analysis, and constant upgrades pose challenges that cannot be resolved using manual network testing tools. Shortage of qualified network engineers adds to the problem. Hence there is a need for telecom firms to focus on Automation with zero-touch provisioning as being done by some operators like Rakuten. Also, as companies face tough market competition for customers, with shrinking profit margins and tighter deadlines, it is critical that they find ways to reduce expenditures while maintaining the highest quality of their products and services.

Faced with these challenges, operators have taken a number of important steps to reduce costs, including deployments on Edge & Telco Cloud and usage of Commercial-off-the-shelf (COTS) Hardware to deploy RAN and Core components. However, disaggregation has resulted in multiple Open Interfaces and consequently, integration and validation of these software components across Open Interfaces pose new challenges, thereby giving rise to the need for component validation, benchmarking, e2e Validation and e2e network provisioning for different services.

The scenario calls for engineers to adopt the right network testing tools with improved efficiency through automation that can test a wide range of parameters in a short time. Automation frameworks especially those developed for the “new normal” can help in validating across a wide scale even when the number of engineers physically present on a spot are limited. For example: Testing-as-a-Service and Labs-as-a-Service models have become quite popular, whereby testing and work done in labs can either be completely remote operated or can function in social-distancing mode i.e operate with the physical presence of a very small core team which can aggregate the work of multiple engineers working remotely.

Network Testing Tools for Automation in Telecom
Since a telecommunication company builds, maintains, and operates its communication services, it becomes its responsibility to test the entire process. An end-to-end telecom network testing process will help engineers efficiently manage deployments, upgrades, and troubleshooting for different parameters.

The Automation Framework needs to be a unified Testing and Analytics solution connecting physical, virtual entities and probes, across mobile, fiber, cable, cloud enterprise that forms the end to end 5G network. The automation framework has the ability to execute different types of telecom testing, as follows:

Conformance Testing – The first among all tests, conformance testing ensures maintenance of data standards between the different network systems. The automation framework enables engineers to perform conformance of compatibility between electrical interfaces, transport layer, and protocols.

Interoperability Testing – As the name suggests, interoperability testing enables engineers to check the interactions of the device under test with software and other network elements.

Security Testing – Another important network test, engineers run automated security testing to ensure that the network system is penetration-free and is able to block data breaches and virus attacks.

Robot-Based Automation Framework for Telecom Testing
Industry analysts predict a significant rise in automation in the next five years. Automation is a key solution for the telecom industry, with open source software frameworks such as the robot-based automation framework uniquely positioned to help telecommunication companies meet and overcome challenges.

The telecommunications sector covers numerous areas such as network, protocols, wired communication, wireless connectivity, internet link, and others. Thus, in order to study such a large variety of fields, one must be aware of the environment and specific forms of instruments used to conduct accurate and in-depth research.

Unlike the past years, when telecom technologies were centered around the consumer and limited to personal communications, the emergence of 5G will cater to not just consumers but also enterprises - primarily through the Internet of Things (IoT), for which high-quality connectivity is a must. By using robotic frameworks, one can automate cutting-edge technologies in telecom frameworks like Netconf, 5G, Cloud SDN etc. With the increasing demand for networks worldwide, automation in telecommunications network testing has become crucial in maintaining network stability and life and will play a significant role in the rollout of 5G in India and across the globe.