Robotics Process Automation - Technology Trends To Watch Out For In 2021 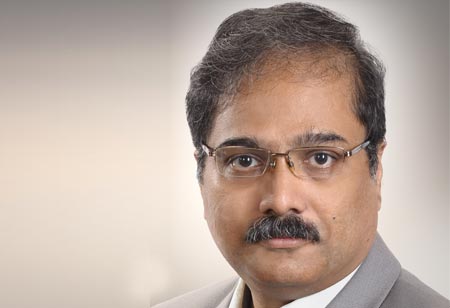 Supriya Ranjan Mitra is a person with specialized skills in Robotics process Automation AI, business process re-engineering, with a PhD in supply chain management. With these skills he is leading the company from front as a director.

Cost Reductions and Business resilience have become key objectives on the technology roadmap of most organizations during the post-pandemic world of 2021. The new normal of remote working induced by COVID-19 are prompting customers to have a deeper look into Robotic Process Automation (RPA) as a tactical option - to digitize paper-based, routine human processes.

Ideal tasks for RPA are simple, repetitive tasks that occur in high enough volume to justify the cost of building a bot. Such tasks are becoming harder to find. Many enterprises looking for tasks to automate end up finding that there is too much process variation, even when the outcome is the same. RPA, in its current state, does not handle variation well. According to a Forrester report (dated May 26, 2020) – “Scale” remains as the Achilles’ heel for RPA adoption. The report affirms that more than half of all RPA programs worldwide employ fewer than 10 bots. Furthermore, only less than 19 percent of RPA installations are at an advanced stage of maturity. Most RPA initiatives are besieged with fragmented automation initiatives, patchwork of vendors & incomplete governance models.

Customers are striving towards an orchestrated, end-to-end, intelligent, event driven form of automation, delivered with an effective combination of automation tools such as RPA, Process Mining, Machine Learning (ML), Natural Language Processing (NLP), Optical Character Recognition (OCR), Business Process Management Suites (BPMS) and Low Code platforms. We assess below some of these complementary technologies and how they can be coalesced with RPA to augment Business process Automation.

process inefficiencies exist. This disinterring is beneficial for RPA, since for RPA to be most successful the variation in the business process should be minimized. Hence before implementing RPA, it is expedient to standardize across the processes variants to create high volumes per process variation. Thus, by closely associating RPA with process mining, RPA will stand a better chance for success – and organizations will not adopt automation for automation’s sake, but instead focus on ROI and higher success rates.

Decision making in an enterprise is always complex, even for humans. To exemplify: a decision on how to respond to a customer service inquiry often requires several layers of understanding. This would be a very difficult scenario to automate with RPA on its own. However, such customer inquiries could be processed by a ML based system and the result could then be used by the RPA Bot for subsequent action. Another example could be an RPA Bot unable to complete a transaction due to missing or incorrect data. The Bot could invoke a ML engine trained on historical data, which predicts the correct or missing data and allows the RPA Bot to complete the transaction successfully, thus increasing Bot Hit rates.

Similarly, Chatbots which leverage NLP can be integrated with an RPA Bot. A customer requesting service of an equipment on Chat can be serviced by an RPA bot (in the backend) which does a warranty check, determines service agent availability, and creates a work order in an ERP. Subsequently, it can transmit the work order number to the Chat for the Customers reference. Some RPA vendors are incorporating ML functionality such as computer vision or Intelligent OCR, rather than a static, schema driven specification, to "see" and identify an element, even if it has moved or changed, making the script more resilient to process changes.


Other examples include iterative, reinforced learning that allows for users to teach the Bot rather record the system on how to execute a workflow. Unfortunately, ML has very low interpretability in view of its blackbox modelling. Hence if there is a need to justify decisions within a process, then ML may not be a good approach. Alternatively, we may need to implement human oversight, i.e., “Human in the Loop” capabilities in the Automated process.

BPMS enables orchestration of cross-organizational business process spanning across functional boundaries. It can leverage APIs to trigger RPA bots/ scripts in an orchestrated manner to automate an end-to-end business process. Low Code Platforms can be used for automating a process that is small in scope, changes frequently and is constrained to a single business function or team. Hence BPMS can orchestrate Low code applications along with RPA Bots to enable a wider scope of automation.

Automation Leaders are often coerced by Business to enable process automation by leveraging speedy noninvasive techniques like RPA. However, RPA is only the tip of the Automation iceberg. The real challenge is to scale automation beyond the initial low-hanging fruits of routine processes, and this can only be achieved by harmonizing technologies beyond RPA thus creating a holistic solution.
Current Issue