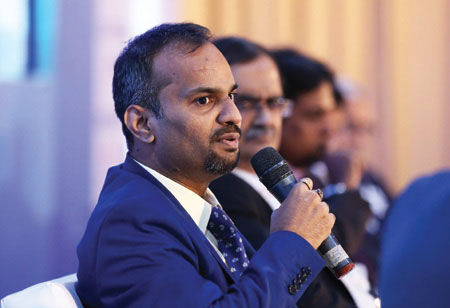 We are already in the year 2021 & the world is looking at it with the promise of a brighter future but a long road ahead. Emerging technologies such as Artificial Intelligence (AI), cloud computing, Robotic automation, the Internet of Things (IoT) Or wearables are creating great opportunities for businesses to unlock new value. Let’s understand that this value is not assured. With technology evolution, the cyber threat landscape that organizations must navigate. The cyber threat globally slows the pace of technology innovation by as much as USD 3 trillion in lost economic value in 2020.

Key Cyber Security Trends for 2021 should be as follows: (i) Ransomware will continue to be the #1 Threat, (ii) Lockdowns permanently changed how we conduct business (iii)Patch Management has be-come A Top Priority for the C-Suite, (iv) Supply Chain Attacks Will Grow with more automation at supply chains, (v) Security Operations Center Services attention is growing,(vi)MultiFactor Authentication use will evolve(vii) Mining, Transportation, Construction, And Energy Are Prime Targets(viii) Drive-By Wireless Attacks Will Impact Remote Workers, (ix)War of Cyber Security Is Here and Will Heat Up and (x)More Direct Attacks Against Cloud Services.

Impact of Covid-19
In 2020, Pandemic has changed many things for organisations. In 2021, the virtual landscape will only grow from remote workforces to new threats wanting to take advantage of vulnerabilities:

Remote work: The disappearance of the security boundary will continue into 2021, with remote work becoming a permanent aspect of the employment model for many organizations.

Ransomware: Ransomware and data theft will continue across all industrial sectors.

What is Blockchain?
Blockchain technology is a distributed and decentralised ledger system and it can record transactions between multiple computers. Blockchain is the technology behind bitcoin but has popularly grown into a promising mitigation technology for many industries and cybersecurity. It fully automates data storage and reduces the human element in these data storage systems & overall operation. Let’s note that human error remains to be the leading cause of data breaches.

Blockchain for Cybersecurity
Blockchain has evolved to become one of the most secure forms of transacting in the digital network realm. As designed. This technology has been credited for its information integrity assurance. If we create better systems designs, many sectors can benefit from it. With the potential of being practical to many utilisations, blockchain can be implemented into many uses. We can use blockchain for building cybersecurity solutions for many other technologies.

Blockchain Use Cases for Cybersecurity
Let’s see some use cases of future beneficial use of blockchain to safeguard cybersecurity.

Safeguard Social Media & Private Messaging: We have seen that numerous attacks have been executed against social platforms like Twitter and Facebook. These attacks resulted in data breaches with millions of accounts being breached and user information landing into the wrong hands. With block chain it may prevent such future cyberattacks.

IoT Security: We will see a surge of IOT in coming, as we will adopt 5G. Usually Hackers penetrate the central administration of a device and automatically gain full control of the devices and systems. Block chain can be used to secure such overall systems or devices by decentralising their administration.

Securing DNS and DDoS:A Distributed Denial of Service (DDoS) attack occurs when users of a target resource, such as a network resource, server, or website, are denied access or service to the target resource. These attacks shut down or slow down the resource systems.

On the other hand, an intact Domain Name System (DNS) is very centralised making it a perfect target for hackers who infiltrate the connection between the IP address and the name of a website. Here, blockchain can be used to diminish such kinds of attacks by decentralising the DNS entries. By applying decentralised solutions, blockchain would have removed the vulnerable single points exploited by hackers.

Decentralising Medium Storage: Most companies still use the centralised form of the storage medium. To access the entire data stored in these systems a hacker simply exploits but a single vulnerable point. With blockchain, sensitive data may be protected by ensuring a decentralised form of data storage. This mitigation method would make it harder and even impossible for hackers to penetrate data storage systems.

Verification of Cyber Physical Infrastructures: Blockchain technology in information integrity & verification can be utilised to authenticate the status of any cyber physical infrastructures. Information generated on the infrastructure’s components through blockchain can be more assuring to the complete chain of custody.

Protecting Data Transmission:Blockchain can be used in the future to prevent unauthorized access to data while in transit and increase integrity of data transmitted.

Diminish Human Safety Adversity caused by Cyber-attacks: Automated cars & vehicles or weapons facilitates the transfer of data from the sensors to the remote control databases.Through data verification conducted on blockchain for any data that goes in and through such systems, many adversities would be prevented.

Conclusion
We know that no cyber defence or information system can be regarded as 100% secure. What is deemed safe today won’t be tomorrow given the lucrative nature of cybercrime and the criminal’s ingenuity to seek new methods of attack.

Blockchain is gaining traction today, but critics who question the scalability, security, and sustain-ability of the technology remain. Although some of blockchains' underlying capabilities provide data confidentiality, integrity and availability, just like other systems, cyber security controls and standards need to be adopted for organizations using block-chains in order to protect their organizations from external attacks. In 2021, Blockchain promises that it is the most efficient mitigation strategy for cyber threats in the coming days.