'Blockchain Of Things' Is Future Of 'Internet Of Things' 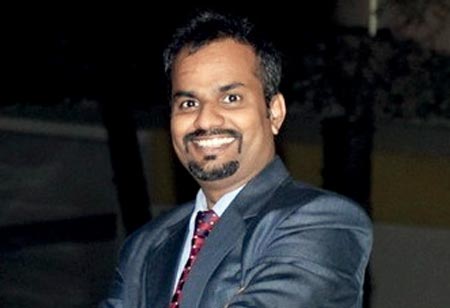 Background
In today’s society, internet access and general connectivity have never been more apparent or important. Anyone with a laptop, mobile or computer should have access to the internet, but now that can be expanded even more, which is where the topic of the Internet of Things (IoT) comes into play. But the question is “How can we increase internet connectivity between everyday devices and other popular objects without sacrificing security, scalability, or accessibility?” Of course, BlockChain once again can be applied to help out in this situation, especially when it comes to increasing the efficiency and productivity of digital infrastructures.

How Internet of Things (IoT) Works?
IoT refers to a network of connected devices that are capable of collecting and exchanging data. IoT-enabling platforms provide a common network for devices to dump their data and a common language for these devices to communicate with each other, allowing people to use it to their benefit.

Communication devices - or sensors - are embedded in everyday objects, such as phones, TVs, indoor climate systems, electrical appliances, cars, traffic lights and industrial equipment. These sensors continuously emit data about the working status of connected devices and allow them to send and receive data from each other via the cloud (internet).

IoT platforms will then analyze the data to extract valuable information and share it with other devices to initiate specific commands or actions. The result is a better human experience, greater automation and improved efficiencies.

IoT Standards and Protocols
There’s a vast array of technology out there that can accurately be described as enabling IoT. Just at the networking level, there’s Bluetooth, Bluetooth LE, ZigBee, RFID, Wi-Fi, cellular, Z-Wave, 6LowPAN, Thread, NFC, Sigfox, Neul, LoRaWAN, Alljoyn, IoTivity, Weave, Homekit, MQTT, CoAP, JSON-LD, and plenty more that can and do play a part in IoT implementations. All of these are technical standards, and there are huge overlaps in their areas of functionality, which means that any given device might work with one, several or none of them. So interoperability can be a problem.

Challenges with Internet of Things (IoT)
IoT networks are not perfect. Devices are constantly sharing critical information back and

forth over the internet, which makes it a prime target for hackers. Privacy and security are therefore major concerns.

Traditional IoT systems are dependent on a centralized architecture. Information is sent from the device to the cloud where the data is processed using analytics and then sent back to the IoT devices. With billions of devices set to join IoT networks in the coming years, this type of centralized system has very limited scalability, exposes billions of weak points that compromise network security and will become incredibly expensive and slow if third-parties have to constantly check and authenticate each and every micro-transaction between devices. Finally, with a centralized network, the risk of a single point of failure disabling an entire network is a very real possibility.

Blockchain of Things
Blockchain at its core is a cryptographically secured, distributed ledger that allows for the secure transfer of data between parties. Smart contracts in blockchain networks should allow devices to function securely and autonomously by creating agreements that are only executed upon completion of specific requirements. It not only allows for greater automation, scalability and cheaper transfers (no third-party needed to oversee transactions) but these smart contracts can also prevent overrides by individuals that want to use the data for their own benefit. Information is shared across a decentralized, cryptographically secured network, meaning it becomes very difficult to compromise the network security.

Thus, a decentralized Blockchain network called as BlockChain of Things which mitigates this risk with millions of individual nodes that transfer data on a peer-to-peer (p2p) basis to keep the rest of the IoT network running smoothly.

Use Case of BlockChain of Things
Blockchain is being tested in several industries. And sometimes we see that in those industries there is a link between blockchain and IoT within the specific industry. Supply chain and automotive are emerging as focuses for IoT blockchain. Two giant industrials, Bosch and Volkswagen, are among companies that are taking seriously the idea that the Internet of Things (IoT) and decentralized data marketplaces should co-exist. That means a type of ‘blockchain meets IoT’ is likely in our future.

Challenges in Blockchain of Things
Blockchains, however, are not a silver bullet, and there are various issues that will have to resolve before they can fulfil their potential. Great strides in development have been made in this area, but blockchain’s application in IoT is far from perfect and several key challenges will have to be overcome before we will see the complete benefit of blockchain in IoT be realized.

1. Scalability: Can blockchain networks cope with the sheer volume of data that is expected to be produced by IoT devices in the next five to 10 years without slowing down transaction speeds or the flow of data?

2. Security: Decentralized BlockChain networks provide a high level of security, but what level of weakness (if any) do the IoT devices create at the point where they connect to the network?

3. Interoperability: Cross-chain interoperability will have to be addressed and improved if we truly want to leverage the benefits of interconnected smart devices.

4. Legal, Compliance and Regulation: The allocation of responsibility will have to be closely examined. How smart contract actions are regulated in the world outside of BlockChain will also have to be stipulated.

One thing is guaranteed, however, the tech will develop at a rapid pace, and devices which communicate amongst themselves will proliferate. Such smart objects will give major industries the important information they lack to keep track of inventory, control mechanisms, increase efficiency, reduce costs, and even save lives.