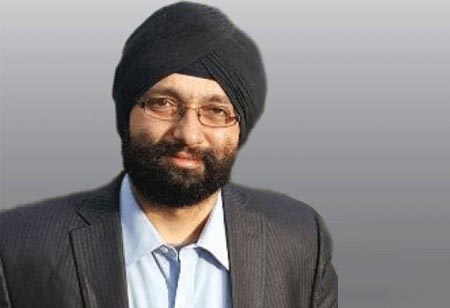 Savinder Puri is a DevOps Evangelist and heads the DevOps Centre of Excellence at Zensar. For the past 18+ years, Savinder Puri has been helping Enterprises across industry verticals to strategize and drive successful business transformations, leveraging cutting edge technologies.

This past Christmas weekend, there was a celebration at my five year old daughter’s school. We were all excited about the event and she woke up at 6:00am to be there on time. Such is the joy of parenthood! The school was beautifully decorated for the gala event and it was a treat to see all the kids interact with their favourite Santa Claus. As I watched the proceedings, I could not help but notice some stark similarities with the global Enterprises I Consult for, on DevOps. And as I became more aware, there were a bunch of things that Santa was actually teaching me.

This article is about those 5 things that Santa Claus taught me about DevOps:
1. It’s not all about the Software candies: Once Santa Claus made his appearance at school, he immediately starts to distribute candies to the kids. And every kid wanted a piece of the shiny, yummy-looking candy. As I took keen notice, I observed some kids who had managed to get their candies were not looking as excited now. Perhaps the candy was not of their favourite flavour, perhaps it was too hard for them – it was clear that the candy was not up to their expectations.

And so is what happens with a lot of “software candies” that we see in the market. Shiny new tools that claim to solve exactly your problem and make life nirvana. It’s only after you have the software candy that you realize, it was just one dimension of the equation – it did not quite live up to your expectations of a life changer, after all!

2. Discipline and Culture is hard to establish: The me-candy-first pursuit was tough for the School authorities. Even though they had planned this well and had multiple strategies in place, when the lure

of Santa came, they were left scrambling to retain order. Kids wouldn’t listen, some want their way, some are defiant and some just did not care about the candy or all the ruckus around.

And I’ve seen this happen so often with Enterprises. They create a phenomenal DevOps Programme, get the best software candies and then call their Santa to do the magic. Yet, some kids (read grown up kids!) wouldn’t listen, some want their way, some are defiant and some plain do not care about the candy or all the ruckus around.

The Devops Automation Savings Achieved By One Team, When Multiplied Over “N” Teams And Extrapolated Over A Year, Is Magical

3. Enthusiasm is the key!!!: The Santa in school has now formed a mini train with some folks and is running around, shouting “Hey Ho Yo Hay!!!”. As I watch for a couple of minutes, the train is growing rapidly… it’s hard not to join in the contiguous enthusiasm. My daughter looks at me and we jump right in. After all, that’s what Christmas is all about!

Ralph Waldo Emerson famously said - “Nothing great was ever achieved without enthusiasm”. This is one factor I often see missing when interacting with organizations. A genuine lack of excitement on the transformation path ahead. And quite honestly, nothing dreads me more than a grim boardroom, with grimmer faces and total lack of energy. Where do you even go from there!

4. Follow the leader: As Santa realized that the train was getting bigger and bigger, he treaded his path slowly. He avoided the curvaceous manoeuvres he could afford when he was more nimble, he paced his stride succinctly to continue the journey while maintaining the delicate balance of holding his train together.

What a delight it was to watch Santa. So often, I have seen a beautifully begun transformation programme fall flat due to velocity of the leader, who fails re-calibrate. An able leader is such a delight to follow and watch, it brings grace to the entire Organization.

5. Magic is in the scale: Before I knew it, Santa was back on stage (in the school!) and had the mike in his hand. He gave some time for folks to settle down and then started singing the eternal “Jingle bells, Jingle bells, Jingle all the way”. He took some time to build it up and soon enough the entire campus came alive with Jingle bells. Hundreds of kids, several hundred parents and scores of Teachers, all singing along. It was truly magical. The scale of it all brought the entire thing alive. It was the most enigmatic rendition of this timeless classic I’ve ever experienced.

Scale truly delivers magic. The DevOps automation savings achieved by one team, when multiplied over “n” teams and extrapolated over a year, is magical. The collaboration benefits, when extended to multiple Releases across multiple Projects is astronomical.

Now that I’m back home and reflecting on the events of the day, can’t help but wonder – is Santa a DevOps expert himself? What if he’s the originator of SDLC (Santa Delivery Life Cycle)? Surely, he’ll need DevOps enabled Continuous Delivery to deliver those millions of gifts overnight?