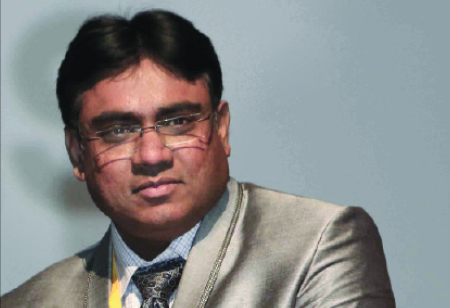 Most people have by now heard of Blockchain, the technology which creates a shared, distributed ledger of transactions over a decentralized peer-to-peer network. A Blockchain is a corruption-resistant string of ledger entries shared over a network by multiple parties. It is a foundational internet meta-technology that will enable a broad range of capabilities including anti-counterfeiting, transparency, smart contracts, digital identities, secure record sharing, and digital democracy. More broadly, it could improve current operations across almost all industries and create entirely new disruptive applications. It is the backbone of several new cryptocurrencies (most notably – BitCoin), but its applications are much broader. Though these applications reach every industry, the focus of this article will be on its applications in the Financial and Professional Services arena.

Blockchain and the Investment Management Industry
Blockchain is already being used by hundreds of investment managers and companies worldwide, with two-thirds of companies interviewed in a recent research by Roubini Thought Lab expressing they would be using the technology within the next

five years. The World Economic Forum estimates that by 2027, assets equivalent to 10 per cent of global GDP could be held on a Blockchain. The technology will allow for faster, more transparent, and more secure transaction verification, an increasingly important part of the business in an industry where legislation and regulations play an important part. Additionally, Blockchain will facilitate global transfer and cut operational costs by as much as $22 billion per year according to a 2015 Santander Report. Much of these efficiencies will be achieved by permitting instantaneous settlements, reducing the need for custodians and broker-dealers, and leading to leaner financial firms.

Blockchain and Banking
In banking, Blockchain represents both an opportunity and a risk. It was developed in 2009 to enable individuals and organizations to process transactions without the need for a central bank or other intermediaries, using complex algorithms and consensus to verify transactions. However, beyond the operational savings banks can gain from adopting Blockchain technology in transactions, banks are also using the technology to further develop their offerings, experimenting with the distributed ledger approach to create efficiencies and a single version of digital truth.

According to a 2016 Cognizant report, their goal is to automate processes, reduce data storage costs, minimize data duplication and enhance data security. The key decision from executives at these organizations will be determining which business functions should move to Blockchain first, and how to make this transition. As Blockchain is fundamentally different than the traditional ledger-based approach used in the banking sector, the hardware and software infrastructure will need to be reconstructed from the ground up in order to permit Blockchain use.

Blockchain and the Insurance Industry
In the insurance industry, Blockchain technology can be used to facilitate and process payments quicker. It can also be used by insurers to prevent fraud, by providing a secure, transparent ledger containing important metrics (like inventory size, transaction history, etc…). For example, Blockchain can help prevent multiple claims from different parties for the same accident, a historically rich source of claims fraud. Similarly to the investment management industry, regulation is an important part of the insurance business, and Blockchain will facilitate transparency and decrease operational costs associated with following these stringent regulations.

The short-term effects of Blockchain will be most visible in improved efficiency and cost reductions across these industries. However, as Blockchain usage becomes more prevalent in each industry, it will be used by these players to address industry-wide problems and bottlenecks. For the organizations operating within these markets, not having Blockchain technology will be a competitive disadvantage, and, over the long term, innovating continuously in this domain will be important in order to stay competitive.