CIO Lifecycle In The Modern Era 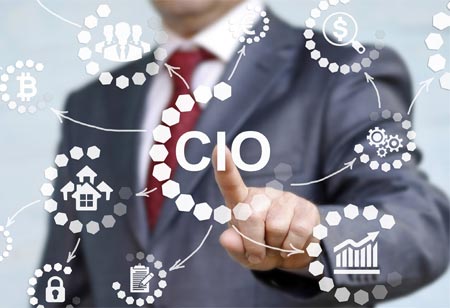 Head-IT/CIO/CISO is so prestigious position as it’s not easy to reach there, but once you are there, it’s your skill, Networking, Office Politics, company performance, and some other factors like your time devotion for company. Your relation with your boss/ CEO decides your stability, while a little bit of luck also plays its role.

In the current era, any type of business depends upon IT. Even in manufacturing or Non-IT industry where IT is counted as expensive, supporting department, in realty, it’s the main department. Just imagine if IT infra is down, everything from office Mail to ERP, CRM, WiFi, Internet, IOT, and RPA will be down. What else other departments can do other than going idle till the time IT infra is up.

In most cases, CIO/Head-IT are highly qualified like M.Tech/B. Tech+ MBA from prestigious institute and with multiple IT certifications and with 15+ Yr. Experience in different domains and technologies. He takes executive decisions regarding the purchase of IT equipment or the creation of new IT systems. As a business leader, the CIO/Head-IT is responsible for leading and directing the workforce of his/her respective organization. He is an Innovator & Creator, and he is a Risk taker, Forward Thinker, Strategy maker, Good Negotiator, Business Developer and sometime can work as an L-3 resource also to solve a critical IT problem. In case of a cyber-attack, a natural calamity, or a ransom-ware attack, he has to prove his BCP/DR planning and leadership skill. Live example is current Corona lockdown period, if everything works smoothly in any organization, the lion’s share of credit goes to CIO/IT Head’s planning. The CISO role also is unique, as he knows, how security can enhance our

customers' trust in our brand. The CISO’s role is all about managing information security risk throughout the data lifecycle. CISO knows, where the critical data is located and how to protect this data while supporting the business’ objectives.

Sometimes it’s said that if IT resource in your organization is sitting idle means everything is fine, and if they are busy, then there is some problem. But in the real world, un-said thing is also that if IT resource is sitting idle, management can think of reducing the resource or cost, but if predicament occurs after reducing the resource leading to down time, then the CIO/Head-IT/CISO have to face the consequences.

Suppose CIO/IT-Head/CISO survives for a three-to-four years and if any economy slowdown comes or due to some other reason company is in loss, then cost cutting starts. Now, there is another scenario, if CIO/IT-Head/CISO has a good successor, who can take care of IT then he is at full risk and can lose his job and if there is no good successor then he has to reduce his team member and he has to manage all the responsibility. Here, office politics and your relationship with your boss matters a lot.

As a business leader, the CIO/head-IT is responsible for leading and directing the workforce of his/her respective organization

If he survived this, then he is lucky and if not, then his struggle starts. If his skill set is updated and GOD is happy with his prayer, then he can get same level job immediately; otherwise he is at his home with his laptop to search for job or do networking for reference. One-month crosses swiftly and then the stress starts to haunt. He becomes irritated soon because the normal expense and loan EMI continue. He is often offered lower profiles by the Job consultants, which only add to the frustration. But after three months passed without any improvement, he accepts the lower profile, joins at Sr. Manager/AVP level, and must follow his boss’ instruction. Sometimes he knows that some decision is wrong, but nobody listens to him as he is at lower level. Yes, he can pass his comment to his boss, but there are two possible outcomes – either the boss gets the benefit of that or discards the opinion. Once again, he must cross the same path till the time he gets a job at his previous level. It seems like Snake and Ladder game.

He can propose a very profitable businessoperational idea but that, more often than not, will be counted as a threat by the top level management employee of that company, so he will be advised to be at his level only or can loss the job as no one will allow to jump him over. It’s really very hard time for CIO/Head-IT/CISO at this level.

He can start his own business, if he has good financial background or can-do consultancy in his expertise area. Yes, some are lucky also who gets same level job one after another.

Suggestion: CIO/Head-IT/CISO must have good saving to survive at least one year, in case of job loss. They should have some political connection and good friends in real, not only in Facebook/ LinkedIn. On LinkedIn/Facebook you may have thousands of connects but they don’t work mostly in bad times.
Current Issue