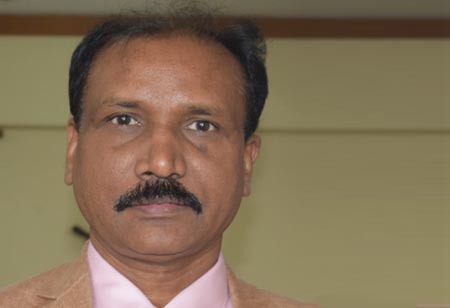 Mihir has worked for more than 28 years in the sourcing & supply chain function in the agri-food industry. He has a varied experience in the entire food-chain from crop production, procurement, food processing as well as food retailing

For years, the Indian fruit & vegetable supply system was changing incrementally in a small way. However, with the onset of Covid-19, it got an unusual boost albeit unplanned. Issues like border restrictions, restricted trading within Mandi, non-availability of transport, increased freight cost, distress sale and delayed payments got amplified during this crisis. While the governments were taking decisions to prevent Covid, they were equally vigilant on distress the farming sector was undergoing. While most sectors of the economy came to stand still, the only silver lining was Agriculture. Therefore, the governments’ stakes were high on it. There were a slew of quick decisions on the part of the government. Amid struggles the supply chain was trying to connect farmers with consumers. The importance and role of startups could be felt during the crisis as they were flexible, they could cope and they had the solutions. The consumers’ preferences were changing drastically and the new trend emerged.

Demand for Immunity boosting items-The demand for items like Amla, Lemon, Ginger, Garlic, Turmeric, Giloy, Jammun has grown multifold. Amla pulp demand has gone up by 10X. Haldi milk & Haldi ice creams were the new range of products on the immunity platform. As per Nielsen’s survey, the trend of staying at home and eating home-cooked meals (Ghar ka khana) will continue to be there for a long time. So also, the demand for immunity boosting fruits and vegetables will be high. Many meat substitutes or the vegan- meat will see the replacement of the non-veg component of popular burgers or even pizza. Jackfruits & Soya based products are the front runners in the race. FSSAI (Food Safety Authority of India) has recommended 6 foods (Amla, Orange, Papaya, Capsicum, Guava and Lemon) rich in Vitamin-C to boost immunity during this pandemic. The fruit category per se is getting focused in the consumption basket for the reasons of Vitamins & Minerals.

Demand for Organics on riseOrganics had a dormant demand for years, but today these are also getting traction. As per retailers voice the incremental customers’ addition, during the pandemic is 50 percent more. Consumers are looking for long-term immunity. Many cancer patients have permanently shifted to organic food. Organic vegetable wash- Neem wash (ITC), Veggie Clean (Merico), and Saafoo (Cevinkare) were launched during the pandemic to improve Fruits and Vegetables hygiene.

Consumers’ Concern on Food Safety and traceability- Urban consumers became anxious whether the vegetables are safe or not. The food safety was hitting hard on their mind. Not only they started to look out for safe Fruits & Vegetables but also they looked out for a reliable channel. Hence, there was the shift from local pushcart vendors to organized MRF’s (Modern Retail Format) or online shopping. The consumers, who were largely price sensitive, also became conscious of quality & safety of the farm produce. Food safety, traceability and low MRL’s (Maximum Residue Limit) are the consumers’ concerns which are getting reflected.

Convenience & home delivery are expandingWith the pandemic on, the urban consumer buying habits started to change. They preferred to order fruits & vegetables online than to move to crowded markets in fear of Covid. Reliability and trust of a channel is adequately being weighed while making a choice of purchase. Last mile delivery, therefore, is getting formalized faster with home delivery; App based self-serving Kiosks, Mobile shopping vans and the farmers’ Supermarket. Sensing the potential strength of the future online markets, many large players looked at these as investment opportunities, thus Reliance launched its Jio-online platform and joined hands with it were Facebook & Google.

2020 as a year was not so good for the citizens in general and the economy, yet it has been an eventful year for the farmers and agriculture

Agri-startups are doing well during the pandemic- India has over 1,000+ startups in the Agritech domain. Agritech startups, which for years had co-existed with the traditional ecosystem, suddenly discovered that they were essential. Ultimately, the pandemic helped catalyze a shift across the agricultural economy, away from traditional, informal, and analog markets towards a more innovative, formal, and digital one. A report published by Accel and Omnivore indicates that most Agri-startups have grown0.5X to 3X plus during the pandemic. The areas where the startups got prominence were App based distribution and delivery, E-commerce platforms for Agri-inputs & outputs, Farm management (crop management, micro-climate & traceability) and Labor replacement through automation & mechanization.

Government led Agriculture reforms- While the governments were taking decisions to prevent Covid, they were equally vigilant on distress the farming sector was undergoing. It brought in a slew of decisions which were unheard of in the Agriculture sector. DBT (Direct Bank Transfer) was at its best in its effectiveness. Money transfer was certain and right on its target. The next best decision was to declare “One Nation, One Market”. It intends to integrate the physical & virtual markets across India. It removed the APMC tax outside of Mandi premises, and allowed transactions from any location. Similarly, EC (Essential Commodity) Act amendments & Contract farming acts were supportive of open & the transparent market system. As the e-commerce demand was growing fast, the government too rapidly added up APMC markets to e-NAM network which crossed 1000 plus. The Prime minister’s call for ‘self-sufficiency (Aatmanirbhar)’ and ‘Vocal for Local’ are building up positive sentiments for farmers.

Kisan Rail expected to revolutionize agri-commodity movements- The introduction of Kisan rail is good for the farmers. It reduces the transit time by 40-60 percent, thereby improves the product shelflife. The quality of the produce on arrival is far better than the road. About 15 percent improvements in quality can be seen in the produce like bananas. The freight cost with subsidy is about 40-45 percent as that of the road. The potential if tapped can democratize the supply chain for small farmers. Their affordability, market reach will improve and can access distant markets. Railways would have immense scope to emerge as a single largest professional logistics service provider. In India, the logistics cost as a percent of GDP stands at 14 percent. This cost is high compared to US- 9.5 percent, Germany- 8 percent & Japan- 11 percent. Similarly, it can help to optimize the current modal mix (road-60 percent, rail-31 percent, water-9 percent) to global benchmarks (road - 25-30 percent, rail - 50-55 percent, water - 20-25 percent). Kisan rail if professionally managed and sustained could be a game changer in transformation of India’s Fruits and Vegetable supply system.

2020 as a year was not so good for the citizens in general and the economy, yet it has been an eventful year for the farmers and agriculture.
Current Issue