Market Of One: From 'One For All' To 'All For One' 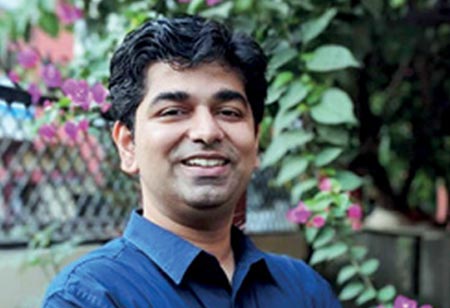 The Mahindra Group is an Indian multinational conglomerate holding company headquartered in Mumbai. The organization operates in over 100 countries around the globe.

The stage was set. The Fortune 500 ‘whales’ were present along with some of the most distinguished data scientist across the world. On a panel discussion with top data scientists, the question being discussed was, "Who is the best data scientist as of today?”. All the luminaries on the panel unanimously overlooked some of the data-science starlets like Andrew NG, Charles Givre or Dean Abbott and decided to label Jeff Bezos, CEO of Amazon as the Best Data Scientist. Within a year of this discussion, Amazon became the highest valued company in the world. An ideal example of the direct impact that AI can have on the way a business is valued.

Over the past couple of years, there have been a substantial number of data-points generated to indicate that companies that leverage AI to the fullest enable themselves to reap abnormal profits, making them the favourites on Wall Street. Unlike Henry Ford, who dictated a single Model-T car design and which was intended to be sold in a one size fits for all approach, the AI powered enterprises of today attempt to cater to the ‘market of one’ resulting in their product to be personalized to the hilt.

Seeing the direct correlation between the adoption of AI and evaluation of a company, the question to be answered is: how do I transform my business into an AI driven business? While it is easy for internet businesses to leverage AI, the challenge lies in how can non-internet businesses also achieve the same magic. The answer exists in the practical use of data-science and artificial narrow intelligence (ANI).

Real-time data, provided by various systems and sensors, topped with data-science allows one to not only predict problematic scenarios, but also prescribe the optimum solution, especially in B2B enterprise businesses where direct consumer data is scarce or non-existent. Data-science can help in Describing the problem or situation, Diagnosing what is the root cause, Predicting what are the possible outcomes and finally Prescribing a

solution, essentially helping any business and any function answer the critical questions: Who, What, When and Why.

Business in traditional industries like financial services, manufacturing and retail have seen the value of data-science in combatting disruption and have begun using these 4 pillars of data-science to protect themselves from external forces. Let us understand this with 4 real world examples:

With the recent introduction of digital tools, the financial sector has involved into a hyper-competitive space. With the introduction of e-KYC and apps, customers are finding it increasingly easy to switch from one financier to another. However, HDFC Bank is a great example of a traditional financial house that utilizes Descriptive analytics to defend itself from this ‘hyper-competitiveness’. By using a product called CIBIL Watch, HDFC Bank are not only able to monitor and Describe their customers financial status but also know when the customer is enquiring for a new loan at any other financier. By having this horoscope-like view of any customer, HDFC are able to intervene, providing quality and timely service preventing the customer from moving to a competitor.

With the recent introduction of digital tools, the financial sector has involved into a hyper-competitive space

Even large scale manufacturers have learned the benefits data-science can bring in Diagnosing issues in the production line. Several global auto and electronics manufacturers have begun using computer-vision and IoT at their factories. With the support of data-science organizations such as Drishti, manufacturers are now able to monitor their entire production facilities. Using cameras and multiple deep-learning algorithms, Drishti helps identify any human errors, choke-points in the process or defective parts or products immediately, resulting in quality & control, increased customer satisfaction, swifter and earlier intervention and an increased competitive advantage.

It is not only traditional business that can use data-science to grow and improve. Governments and Defense organizations can use artificial intelligence and data to defend themselves from International threats. Through the help of data-science, in 2011 the US Government was able to find and kill the infamous terrorist, Osama Bin Laden. By monitoring various individuals’ financial data, the government was not only able to identify Osama’s treasurer, but also track and Predict Osama’s exact location to be able to execute the final strike.

For a business to extract the maximum value of data-science, it has to have the ability to interpret its Description, Diagnosis and Prediction of a certain problem into an actionable solution. Apple is a world class example of combining the 4 pillars data-science to provide its customers with exemplary service. There have been multiple reports of the Apple Watch having saved its customers lives by Detecting or Describing a variation in heartbeat, Diagnosing the issue, Predicting that it could cause a severe health issue, and finally Prescribing a solution to either call for an ambulance or notify the user to visit a hospital. In February 2019, Apple’s stock price increased by USD 5 in one day after an Apple Watch detected a man collapsing and immediately notified an ambulance, saving his life. In this example, Apple helped their customers become anti-fragile, which in-turn helped them increase their own value and help strengthen their customer relationship. Apple managed to personalize and cater their product to their customer, giving them a significant advantage over their competitors, achieving the concept of ‘market of one’.

HDFC Bank, Manufacturers using IoT, US Defense and Apple are all winning organizations that have all raised their value by leveraging AI and Data-Science. They have used Data-Science to Describe, Diagnose, Predict and Prescribe a solution, helping them achieve ‘market of one’.
Current Issue