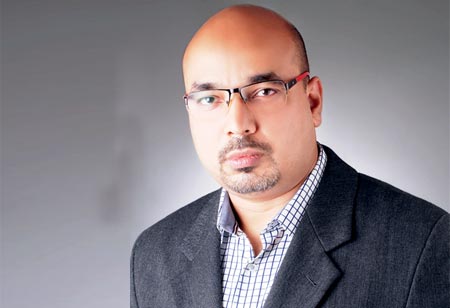 An eminent Data Scientist and AI researcher, & strategist, Utpal is a thought leader having more than two decades of industry experience.

The struggle for financial technologies to deal with humongous multidimensional complex data to be interpreted at real-time is still on, although we have been able to address it to some extent. A ray of hope with lots of promises glittering at distance is the Quantum Computers. Quantum Computing is expected to address this challenge completely.

Banking and finance is a data intensive business and many of the crucial decisions demand real-time data insights and predictions. The challenge while classical computing approaches deal with the huge amount of data generated at a super-fast speed is that the outcomes in many cases are just postmortems. With quantum computing, not only those can easily be absolute real-time, but also it opens up far more possibilities in the field.

Banks and financial institutions can gain more value from Big Data by developing Machine Learning algorithms that are built on the power of Quantum Computing. A great combination of the powerful technologies and this trio is going to revolutionize every industry in a big way.

Banks and other financial firms worldwide have started focusing on using quantum computing technology to manage and simulate investment portfolios. Quantum computing could lead to a range of applications such as analyzing large areas of heterogeneous data to make financial predictions and understand economic phenomena, analysis of financial markets and the management of asset allocation and risk management. All these applications of quantum computers in finance and banking will offer highly potential value to the financial sector and other industries, especially those with high complexity.

Some complex derivatives which are path-dependent; evaluating in-numerous paths used to be computationally very expensive and difficult to understand their interdependence, hence it can never be calculated near-real-time with classic computers, but quantum computers can easily compute those in real-time. This is going to revolutionize financial market study and prediction of stocks and crypto currencies.

IDC Financial Insights has been exploring the world of quantum computing in the context of banking and finance. They are examining the potential real-world use cases being studied or already used by banks worldwide. As per some initial results from such different studies carried out in this sector, it has been evident that use of quantum computing is definitely going to influence the industry's further transformation.

It’s not a complex task to find real life examples. For instance, JPMorgan is exploring the use of quantum computers to figure out how to streamline its investment and risk management systems.

The current work seems largely exploratory and small demonstrations or proof of concepts have been developed to explore how quantum computing systems could serve financial institutions. Goldman Sachs and JPMorgan Chase expect to use quantum computers in their businesses in real time in the next few years.

Standard Chartered, meanwhile, is the latest bank to commit to invest and research into quantum computers as part of an academic partnership. The partnership is already actively developing what is called the Quantum Computing System for Financial Services, and will use it to address the security challenges posed by a super-powerful quantum computer.

The challenges in operating these kinds of programs even in partnership with Tech-Giants is very expensive. Thus it’s no wonder only the largest financial institutions can afford quantum computing research and compete for the upper hand in this emerging technology, until quantum computing services become widespread and economically viable.

The Future is Here
As per various experts and aficionados within the technology realm, within the next five years, companies around the world will have full access to quantum computing as a service. This means a large number of organizations will benefit from a range of benefits including faster, more efficient, and more secure computing.

Adoption of quantum computing is already growing rapidly in different industries across the globe. Many companies are also in the race of being the fast-mover in their respective domain in this technological arena. Due to the growing interest in quantum computers, it is also believed that there will be a substantial demand of Quantum Computing talent in different industries.
Current Issue