The Avatars Of Artificial Intelligence 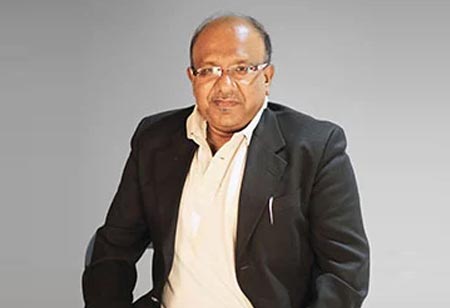 ACT 1: Soft AI
There was an experiment held at San Francisco recently by OpenAI where an AI agent was interviewed by a human. This is not something new, for example, Disney Parks had such technology ‘cool stuff’ way back in 2005 at their Tokyo theme park. 15 years back, those were novelties, and people perhaps did not understood much of its implications then, vis-à-vis the way that is experienced now. The name of the AI Agent was GPT-2, trained on a 40 gigabytes of text from the internet on an unsupervised language model. Here are some of its (unedited) ¬answers to our questions on the big themes of 2020.

Q: Which technologies are worth watching in 2020?
A: I would say it is hard to narrow down the list. The world is full of disruptive technologies with real and potentially huge global impacts. The most important is artificial intelligence, which is becoming exponentially more powerful. There is also the development of self-driving cars. There is a lot that we can do with artificial intelligence to improve the world.

Q: What is the future of AI?
A: It would be good if we used the technology more responsibly. In other words, we should treat it like a utility, like a tool. We should put as much effort into developing the technology as necessary, rather than worrying that it’s going to harm us and destroy our lives.

Q: How worried do you think we humans should be that - machines will take our jobs?
A: It depends what role machine intelligence will play. Machine intelligence in some cases will be useful for solving problems, such as translation. But in other cases, such as in finance or medicine, it will replace people.

Q: Thank you very much for talking to us.
A: You are welcome.

ACT 2 :Mixed Reality AI
In July 2019, Julia White, the CVP of Azure Marketing, unveiled this technology in a demonstration at the Microsoft Inspire 2019 Conference, that discussed in detail the company’s vision for the coming year. The Azure AI hologram simply creates a digital avatar of person and lets them speak in the speaker’s voice in another language. Technologies like Azure AI and neural text-to-speech were used to make this possible. To get the speaker’s voice and intonation right, multiple recordings of the speaker’s voice were used to make a personalized voice signature. This is how the technology was able to translate the entire speech from English to Japanese, in her voice!

A life-size hologram of a person, the translation of speech from one language to another and rendering it in the person’s voice - these are the essential features that make this mixed reality technology undeniably game-changing! This is nearest to “Teleporting” : as depicted in science fiction stories. But then, huge inroads are being made by this technology in the areas of Healthcare, Disaster Relief, Law enforcements etc.

ACT 3 : Hard AI
In 2009, Google started its project on Self Driving Cars, or autonomous vehicles, later named as Waymo owned by Google’s parent Alphabet. In 2015, Google provided "the world's first fully driverless ride on public roads" to a blind friend of

principal engineer Nathaniel Fairfield. The ride was taken by Steve Mahan, former CEO of the Santa Clara Valley Blind Center, Austin TX. It was the first driverless ride that was on a public road and was not accompanied by a test driver or police escort. The car had no steering wheel or floor pedals.

As of September 12, 2018, Waymo was waiting on permits to test the cars in California, hoping to test in Los Altos, Mountain View, Palo Alto and Sunnyvale. On October 30, 2018, the California Department of Motor Vehicles issued a permit for Waymo to operate fully driverless cars (i.e., cars without human safety drivers). Waymo was the first company to receive such a permit, which allows day and night testing on public roads and highways, in California.

We should put as much effort into developing the technology as necessary, rather than worrying that it’s going to harm us and destroy our lives

In July 2019, Waymo was given permission by California regulators to transport passengers in its vehicles.

Act 4 : Quantum Computing
On 23 October 2019, Google Brain (Google AI), in partnership with the U.S. National Aeronautics and Space Administration, officially claimed that its Sycamore quantum processor completed in 200 seconds, a task the equivalent of which would take a state-of-the-art supercomputer approximately 10,000 years to complete.

Investigation in Quantum Computing was accelerated in the early 1980s, when physicist Paul Benioff proposed a quantum mechanical model of the Turing Machine. Richard Feynman and Yuri Manin later suggested that a quantum computer could perform simulations that are out of reach for regular computers. In 1994, Peter Shor developed a polynomial-time quantum algorithm for factoring integers. This was a major breakthrough in the subject: an important method of asymmetric key exchange known as RSA is based on the belief that factoring integers is computationally difficult (from Wikipedia Page on Quantum Computing).

“Interestingly, that was also when time started! Big history project, funded by bill & melinda gates foundation and contributed by researchers all over the world is meant to provide a scientific explanation of history as it really unveiled leading to human domination of planet earth”

The Evolution Continuum : Big History & Human-Machine Collaboration
In the beginning, there was nothing; and then there was a big bang! Well, not literally, but there was a huge explosion dated back to over 13 billion years ago, that was big enough to create the universe as we know. Interestingly, that was also when time started! Big History Project, funded by Bill & Melinda Gates Foundation and contributed by researchers all over the world is meant to provide a scientific explanation of history as it really unveiled leading to human domination of planet earth. Big Bang was termed as

A poll was conducted (and is still running in the background of this massive intellectual collaboration across geographies) on what could possibly be the future of human race; the answers are as follows :
-15.3 percent people says that Humans will Evolve into another Species (supporting Darwin’s theory)
- 25.5 percent visualizes a Traumatic Regression (or mass extinction by asteroid, like what happened to the Dinosaurs
- 26 percent says there will be Extra-Terrestrial Exploration
- 33.2 percent says, there would be True AI

From crowed-source knowledge, True AI is probably what’s going to be the future, if not distant, than in the near view. In essence, there is going to be a larger and deeper collaboration between human and machines. However, there could be a continuity of a distinct difference. Whole human can transfer all the learning to a computer and make it learn the logical decision-making process; we are probably far off from making the machine act on “Emotions”, the true ingredient of an understanding of the behavioral self. What Nobel Laureate Venki Ramakrishnan named as Ribosomes, as a true integrator of our DNA, and therefore the fountain of everything that we are; is unlikely going to be built in a machine form.

Final Act : The Knowledge Apartheid
As we progress on Modern Revolution, there would be an evolution of sorts of the society, and that could probably be categorized as (a) The Innovators : People who will make the Machines and therefore Influence the Law and Societal Rules – this is amply evident with Autonomous Vehicles currently (b) The Machines and (c) The Plebs : People who would be at the mercy of both (a) and (b).

This is probably why, there is such an increased interest to study data mining, machine learning, artificial intelligence. No-one wants to be left behind!
Current Issue