Thematic Trends in Artificial Intelligence for 2022 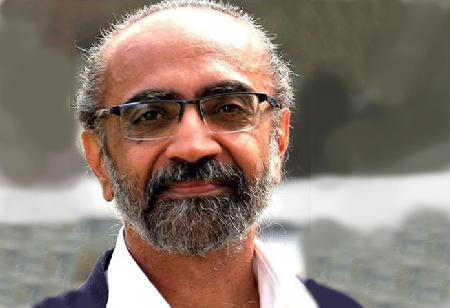 The broad spectrum of Artificial Intelligence (AI) technologies stretches from experimentation stage to established business applications. We have seen AI apps spiraling upwards in the last two years, with several companies pursuing intelligent automation to enhance competitiveness. With the rapid adoption of AI and an increasing body of work exposing AI bias, there has also been a growing concern about the lack of accountability and explainability with AI-based decisions. Here are a few trends of growth and governance that will lead in 2022.

1.Data
AI models, in the last decade, have primarily relied on large computation resources and Machine Learning (ML) model optimization to train and build new AI applications. But we know how difficult it is to get ‘good’ data to train AI models. Real world data is often disordered, inaccurate, riddled with privacy issues, and completely missing for some industries and/or demographic profiles. This leads us to three strong observations:

a.We will see more companies, startups, and universities offering synthetic data services. While the idea is not new - self-driving cars rely on synthetic data, for example -generation of synthetic data is easier now due to Generative Adversarial Networks (GANs) and variational encoders.

b.A large body of work is focusing on models that are optimized to learn through smaller data sets (e.g., transfer learning, unsupervised learning).

c.‘Data-centric’ AI with MLOps tools will bring more discipline in collating, cleaning, and analyzing data before making it available through all stages of the AI project lifecycle.

2.Productivity with Embedded Intelligence
Measured productivity is yet an aspiration, and introduction of new technologies is typically accompanied with productivity. While the same has been true for AI applications in the past, they are now on the verge of enabling unprecedented growth in the digital era.

This will be further assisted with a low/no-code AI app development environment and AI-enabled editors that could save time.

b.The S-curve on process automation ROI is reaching its natural plateau. ROI from this point onward will follow the law of diminishing returns. But there is hope for businesses with intelligent agent platforms, which can be deployed for process discovery and mining. Intelligent agents, centrally orchestrated, can study human interaction patterns across business processes to identify automation opportunities, and, in some cases, also substantially write the Bot script for new automation.

3.Governance
Digital technology has become pervasive in our daily lives. A discreet prevalence of AI-driven decision making is now raising concerns over the unintended biases in data influencing decisions. Even after substantial algorithmic progress, many self-organizing/deep-learning systems remain opaque. This does not instill trust or allow for effective compliance audit. So, fundamental transformation in regulated/critical applications has been limited. Significant progress in the following two areas is anticipated:

As a football fan, I await to see if and when Hiroaki Kitano’s prophecy will come true – “that by 2050 a team of autonomous bots will beat the human World Cup Champions”

a.Fairness of AI-led decisions - Availability of synthetic data should mitigate existing biases in data or missing data to help build more robust models. We can also expect new AI systems to test if new models are ethical and free from bias.

b.AI model accuracy and resilience - Because of the black box phenomenon in Deep Learning models, it has been challenging to debug AI systems. In 2022, we will see impetus on improving AI resilience over accuracy.

4.Technology Breakthroughs
Since the mid ‘50s, AI has seen much transformation. It has varied between the cynicism of brittle models of AI and the confident hype of mathematician Claude Shannon. Shannon predicted that "within a matter of ten or fifteen years, something will emerge from the laboratory which is not too far from the robot of science fiction." AI systems have come a long way from coded logic to pattern detection and large language models with neural networks. They now simulate human language and motion (such as GANs) to represent humans and be an intelligent digital assistant. But even large transfer learning models have their limitations. We see new development in multi-modal learning, quantum machine learning, and apps combining trained neural nets and traditional computer logic.

Towards the end of the 1990s, after his earlier losses to Deep Blue, Kasparov concluded to "combine human and machine intelligence to reach new heights and do things neither could do alone." Collaboration between humans and AI will be an important area of development. Humans will largely take over the role of manager of algorithms to upgrade our productivity and creativity.

As a football fan, I await to see if and when Hiroaki Kitano’s prophecy will come true – “that by 2050 a team of autonomous bots will beat the human World Cup Champions”.
Current Issue