Healthcare Startups Need To Get Their Superhero Capes On 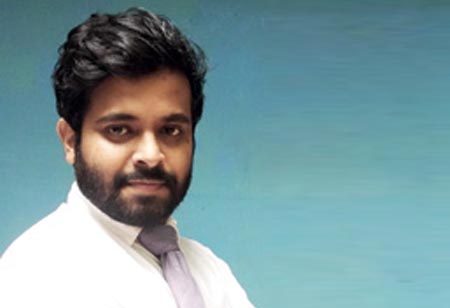 With an ever growing technology adoption curve, the subcontinent’s healthcare ecosystem, especially the startup regiment, was undergoing a progressive transformation, till Covid-19 hit us like a big bolt from the blue. Like in a superhero movie, the transformation of healthcare IT and telemedicine from a steadily growing trend to an inevitable healthcare alternative was in shut-eye time. The startups had to find their superhero cape, and find it quickly. A lot of them, in fact, did exactly the same by helping patients to access healthcare without the need to step out of their home amidst the pandemic.

It’s a relief more than you imagine. There in fact is a

threat, looming around in hospitals - hospital acquired infection (HAI). Let’s take the case of England’s NHS, according to several reports, up to 20 percent of hospital patients with Covid-19 caught it in hospital. Some of the infections were passed on by hospital staff who were unaware of their asymptomatic infection. Now visualize the crowded Indian hospitals that we get to visit.

HAI is more threatening in our country, considering the fact the Indian hospitals don’t have a pleasant record of securing people from HAIs. Kerala is a case in point. Several patients, who were undergoing treatment for other ailments in private hospitals across Karala have reported contracting Covid-19. According to a report, since July 16, more than 10 such cases have been reported in the district of Ernakulam alone. In the following days, similar instances were also reported from the districts like Thiruvananthapuram, Kollam, Palakkad and Kozhikode. In Pattambi, a city in Palakkad district, OP in two hospitals was temporarily shut down due to such instances.

They are coming up with a healthcare proposition stronger than ever before!

Do let us know your thoughts.