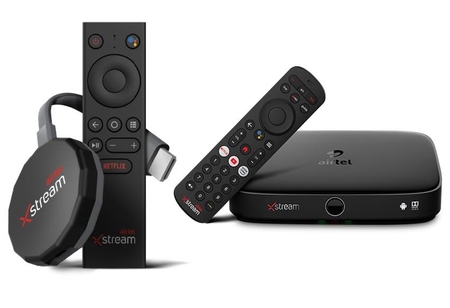 During the lock down period, many homegrown OTT platforms have used the opportunity to expand their kingdom across the country – one of the good things that occurred during this home-restraint period.

The South Indian digital media and music company Divo has now agreed to collaborate with Airtel Xstream, which means the users can enjoy the luxury of watching an entire Tamil movies catalogue, and exclusive premiers on the Airtel Xstream app.

The channel will remain as a separate entity to which its price starting at Rs 30 per month will be fused with the rest of the app’s recharges.

Divo’s Founder and Director, Shahir Muneer expressed, “We are delighted to collaborate with Airtel Xstream to offer strategic content distribution of our Tamil catalogue and at present we have more than 200 movies and we plan to add another 200 by the end of this year.”

“It's a unique opportunity for us at Divo as it opens up Airtel’s network and telco subscribers to reach out to more audiences as well as giving our content and content partners a new way to monetize which is otherwise restricted by terms or licensing OTTs”, continued Shahir.

Divo is one among the major movie rights and license holders in South India that provides distribution network, licensing and channel.

“We’re thrilled to partner with Divo movies and amplify premium and evergreen Tamil content available for Airtel’s 335 plus million subscribers. Our objective is to transfer Airtel Xstream App into a hub for watching Indian contents of all kinds, wherein users only pay for only what is used,” adds Sudipta Banerjee, chief product and technology officer, Wynk Music and Airtel Xstream App.

Divo is one among the major movie rights and license holders in South India that provides distribution network, licensing and channel. It also functions as a digital marketing agency that works with brands and content creators across genres like Music talent, Film Production houses and a lot more.