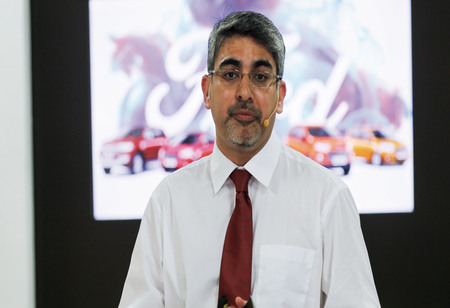 Bengaluru, India – 6 March, 2020: One of the key architects of Ford India's alliance with Mahindra & Mahindra, Anurag Mehrotra, is now all set to take over as the new Chief Executive Officer of the joint venture since April 1 onwards. Prior to the appointment, Mehrotra was the Managing Director of Ford India. He was heavily involved in turning around the maker of the Figo and EcoSport cars that were able to garner a profit for the fiscal year of 2018 after remaining in the negative rates for years. He will join Mahindra that holds a 51 percent stake in the joint venture.

In an internal announcement made on Wednesday, Mahindra made further appointments. Pankaj Sonalkar, the Chief of Engineering and business development, would also become the new Chief

Executive Officer of the Joint Venture. Sonalkar has been tasked to look over the manufacturing, processing, quality and product development and will be reporting to Mehrotra. Besides, Ford India's sourcing head, Raghu Veeraraghavan has joined as the Head of Strategic Sourcing for the Joint venture.

Mehrotra will be reporting to the Managing Director of the Ford-Mahindra joint venture Pawan Goenka and the board members of Ford India. All these appointments were acknowledged in an official statement released by Mahindra- Ford that said: "All designate appointments will be effective from April 01, 2020. The team will work together to grow the joint venture both within India and globally as well as deliver profitable growth to Mahindra and Ford alike".

The appointment of Mehrotra is seen as a confidence booster for Ford India's employees that can help the company attain a smooth transition into a joint venture with Mahindra. As the CEO of the joint venture, Mehrotra will be tasked to tap into significant overseas market opportunities.

Both Ford and Mahindra will continue to have their separate brand names and dealerships but certain vehicles will be co-developed and both the companies will strategically manufacture vehicles for each other. The joint venture will enable both the companies to complement each other, as Ford will be benefiting from Mahindra's knowledge of the Indian market and Mahindra will be benefiting from the technological expertise that Ford has at its disposal.