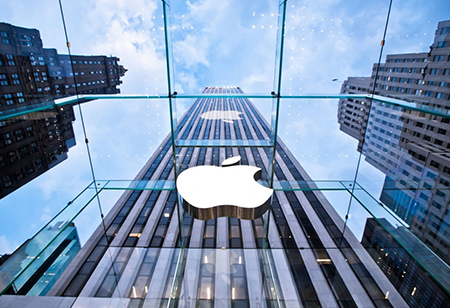 Global tech. Giant Apple is examining the possibility of shifting nearly a fifth of its production capacity from China to India after several rounds of meetings between Apple executives and top Indian government officials had taken place over the last few months. If the move sees through, Apple could become India’s largest exporter.

A senior government official said, “We expect Apple to produce up to $40 billion worth of Smartphones, mostly for exports through its contract manufacturers Wistron and Foxconn, availing the benefits under the production-linked incentive (PLI) scheme”. However, sources close to Apple said that the proposed PLI scheme by the government of India is a bit ambitious and is acting as an irritant. “There are some problems with some of the clauses.

For instance, valuing the entire plant and machinery already in use in its plants across China and other places at 40% of that value and the extent of the business information sought under the scheme are some of the irritants,” a person close to the company’s sources said.

India is looking to get a bigger slice of the global export pie, as the center is focusing on bringing high-tech manufacturing to India. The PLI scheme notified by the Government of India on April 1 to electronic manufacturers offers a production-linked incentive to boost domestic manufacturing and attract large investments in mobile phone manufacturing and specified electronic components, including Assembly, Testing, Marking, and Packaging (ATMP) units.

Apple’s decision to shift its production base from China to India comes amid growing tensions that have been building up between the USA and China, ever since the Coronavirus latched out at the beginning of the year. According to market research firm IDC, Apple tops the global Smartphone market shares with 38 percent shares in global handset exports, followed by Samsung at 22 percent. Experts are, however, skeptical as India lacks the desired ecosystem for such a set-up. In addition to that, India needs to resolve some of the issues in the PLI Scheme as well.