Apple to Build a New North Carolina Campus for Over 3,000 Employees 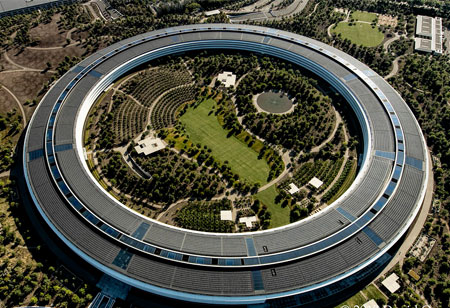 Apple, an American multinational technology company, announced that it would build a new campus in North Carolina for up to 3,000 employees, expand its operations in many other states, and raise its spending goals with US suppliers.

The company has announced plans to invest $1 billion in the Research Triangle region of North Carolina to create a new campus and innovation centre, with the majority of the positions planned to be in machine learning, artificial intelligence, software engineering, and other technology fields.

It will also be joining in on a $1 billion campus in Austin, Texas, which was announced in 2019.

The iPhone maker also announced a $100 million fund to support schools in the Raleigh-Durham region and throughout North Carolina, as well as a $110 million contribution to help develop infrastructure in 80 North Carolina counties, including broadband internet, highways, bridges, and public schools.

In addition, it plans to increase its hiring targets at other U.S. locations in order to meet a goal of 20,000 new jobs by 2026, with new targets set for facilities in Colorado, Massachusetts, and Washington state.

The company plans to employ 5,000 people in San Diego and 3,000 people in Culver City, both in the Los Angeles area, in its home state of California.

Apple's chief operating officer, Jeff Williams, felt enthralled as the company is expanding and generating new long-term work opportunities in his native resident North Carolina, the city which he grew up in.

He went on to say, "we're proud that this new investment will also fund education and vital infrastructure initiatives across the state”.

Its data centres in the United States, capital investments, and investment to produce original television programming in 20 states are all included in the target. It also involves spending with Apple's US-based suppliers, but Apple has not specified whether this only applies to products manufactured in those suppliers' US facilities.

Apple is committed to growing its teams and operations in the US in an environmentally friendly manner, with an emphasis on renewable energy and green innovation. Nearly 60 of Apple's US locations have earned LEED certification to date. Apple's activities in the United States and around the world are carbon neutral, and the company pledged last year to be carbon neutral for its entire supply chain and goods by 2030.