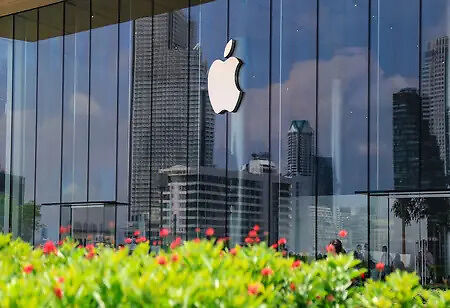 Apple is planning to unveil its first mixed-reality headset this year after postponing the launch of its augmented reality (AR) glasses indefinitely due to technical challenges, according to reports.

The company is concentrating on the lower-cost mixed-reality headset market to reach more people instead of the AR glasses, which were planned to be released in 2024.

Apple’s mixed-reality headset, set to launch this year, will use displays and pass-through cameras to create an immersive AR-VR environment.

Apple’s first generation mixed-reality device is likely to cost around $3,000.

As per reports, The device may feature high-resolution displays, more than 10 cameras, sensors to determine where a user is looking, and the use of both a Mac-grade M2 processor and a dedicated chip for handling AR and VR visuals.

The Pro name is likely for the initial model, while the One could be the cheaper version, as per the report. To bring the cost down of the mixed-reality headset, the company’s engineers are set to cut corners with less expensive components.

Apple may use chips on par with those in the iPhone rather than components found in higher-end Mac computers. With this, Apple is also looking to take on Facebook-parent Meta, which dominates the AR glasses market.

As per reports, its mixed reality device will compete with the likes of Meta’s VR headset – Quest Pro AR which was launched last year for $1,500.

Google had also launched its AR glasses called Google Glass a few years ago but the device didn’t gain much traction.

Meanwhile, Apple announced a new MacBooks with its latest M2 Pro and M2 Max chips in a surprise launch weeks ahead of its usual schedule.