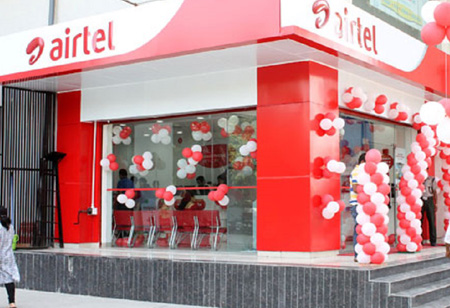 A Bangalorean took his telecom services to court for service failure after receiving a mobile bill of over Rs 12 lakh, which included international data roaming charges. Melvin John Thomas, a management layer employee with a heavy equipment dealer in the city, had traveled to China due to work back in 2016. While he had an ,Airtel sim, as a part of a corporate account, he called his service provider’s helpline seeking activation of international roaming for voice calls for a specific span of time, before he packed his bags to China.

Although the activation had been done, Thomas had claimed that he did not receive an intimation on international roaming including the data plan. Later Thomas was taken aback upon receiving a bill of Rs,12,14,566, which included the period of October 29, 2016 to November 2, 2016 after his tour. Thomas claimed in court that the news had struck him with a heart attack.

With his overall plan which consisted of Rs.9,100, Thomas questioned Airtel on how such a huge amount was generated when he claimed that he had often used WiFi during his trip. After much of the interactions, Airtel sent another bill of Rs.5,22, 407.

Thomas' counsel raised his arguments in court, while Airtel's solicitor argued in court that the lawsuit was not maintainable by statute because the sim in question was part of a corporate plan alternative in active mode, resulting in unnecessary data use and a bill of Rs. 12,18,732, which Airtel eventually lowered to Rs. 5,22,407. According to the company's counsel, the substance of the hefty bill was inaccurate, and the heart attack claim was made up.

The judges were perplexed as to how such a reduction could be practicable if the consumer actually used the details.

The judges of the customer forum asked Airtel about Thomas's package's upper limit, which was Rs.9,100. They also noted that, according to the rules, the service provider was supposed to alert the customer when his use exceeded 70% of the allowable limit.

Furthermore, Airtel, which had originally paid Thomas Rs.12,18,732, reduced the bill to Rs.5,22,407, a savings of 60% over the initial number. The judges were perplexed as to how such a reduction could be practicable if the consumer actually used the details. It simply raised the doubt whether the hefty bill was generated to make the customer pay. While some questioned that such exorbitant charges and approached the consumer court, many may be paying such large sums to avoid trouble they pointed out.

In their verdict this year, the judges ordered Airtel not to collect 5,22,407 or any amount in respect of the said bill, adding the service provider was entitled to collect only the maximum monthly bill, for which the limit is Rs.9,100. The court also ruled that Airtel must pay the customer Rs.5,000 for damages and another Rs.5000 towards his court expenses.