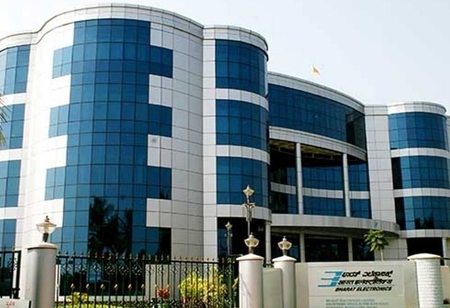 A few days ago, DRDO had achieved a major milestone through the maiden launch of Medium Range Surface to Air Missile (MRSAM), Army Version

India continues its renovation in the defense segment. Bharat Electronics Limited (BEL) is the latest organization to sign a contract with Indian Navy for initially supplying 20 Light Amplification by Stimulated Emission of Radiation Dazlers (Laser Dazzlers). Eralier this month, BEL had won the contract beating global Original Equipment Manufacturers (OEMs) in buy global category. These would be manufactured by BEL in its Pune plant.

The Laser Dazzler is used as a non-lethal method for warning and stopping suspicious vehicles/boats/aircrafts/UAVs/pirates etc. from approaching secured areas during both day and night. It is capable of dazzle and thereby suppress the person’s/optical sensor’s action with disability glare in case of non-compliance to orders. It disorient/ confuse/blind a person temporarily. It also dazzles and distract aircraft/UAVs. It is a portable, shoulder operated and ruggedized for military use in adverse environmental conditions. Laser dazzler technology was developed by Defense Research and Development Organization (DRDO).

Government perceives that the product, which is indigenously designed and developed for the first time for the Armed Forces, will support the ‘Atmanirbhar Bharat’ initiative of Prime Minister Shri Narendra Modi.

DRDO is also fueling its efforts towards self-reliance of the country in the defense segment. A few days ago, DRDO had achieved a major milestone through the maiden launch of Medium Range Surface to Air Missile (MRSAM), Army Version. The launch was successfully done from Integrated Test Range, Chandipur, off the Coast of Odisha around 1600 hrs. The program became a huge success as the missile completely destroyed a high speed unmanned aerial target which was mimicking an aircraft with a direct hit.