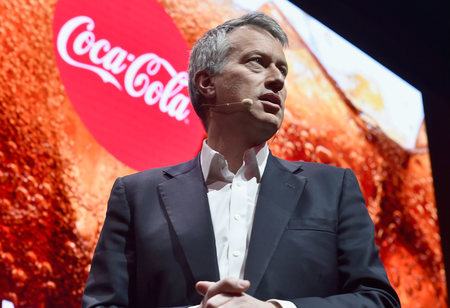 According to one official, the discussions were

more about how to come on-board with Reliance over sponsorships and furthering their retail associations. Coca-Cola had earlier backed Reliance Retail's special day sales across its grocery retail stores through co-promotion deals, ad-sharing and supplying the retail stores with discounts in return for high visibility in-store placements.

Quincey - Coca-Cola's Chief Executive told reporters on a press meet in Mumbai that the makers of Thumbs-Up, Coke soft drinks and Minute Made has done one billion unit sales in the year 2019. Quincey added that he has plans to double the volume of sales in the next five years. He further said that he plans to make India as Coca-Cola's third-largest market.

Reliance Retail is India's largest retailer, and it is among the list of 50 fastest-growing retailers during the years 2012-13 to 2017-18, according to consultancy firm Delloite Global Powers. In the third quarter of 2019, Reliance's retail revenue taking into account grocery, consumer electronics, fashion & lifestyle, increased 36 percent year on year. Grocery sales for billionaire Mukesh Ambani's Reliance Retail are at an all-time high of USD 4 billion plus. According to reports by Credit Suisse released last month Reliance Retail is working out a Kirana-driven model for grocery under its new strategy. Reliance Retail's new commerce strategy involves linking Jio Mart, Reliance's food and grocery e-commerce venture with the on-boarding Kirana stores.