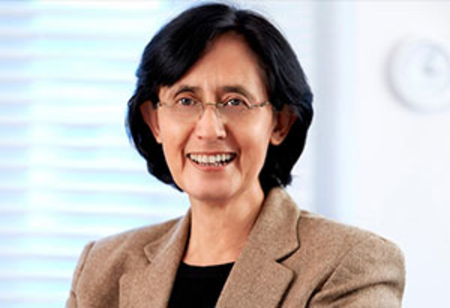 Bengaluru, India - 14 February, 2020: Cognizant Technology appoints Vinita Bali as the new independent director. She will take her chair from February 24 – 2020. The company also declared the resignation of the Vice- Chairman Francisco D’Souza on March 31st, 2020.

“We are delighted that Vinita Bali has joined the Cognizant Board,” said Michael Patsalos-Fox, Cognizant Chairman, in a press release. We believe Vinita’s extensive and successful experience at large companies, both India-based and multinational, will make a significant contribution to

Vinita is a business woman and was the managing director of Britannia Industries Limited. She completed her bachelor’s Lady Shri Ram College of Women in Economics and received her MBA from Jamnalal Bajaj Institute of Management. She started her career in Voltas and worked on the launch of the soft drink brand Rasna. She worked 14 years in the Indian sector of Cadbury and in the year 1994, she became the managing director of Coca-Cola for 9 years. She resigned from Coca- Cola in the year 2003 and served at Zyman Group. In 2005, she became the CEO of Britannia Industry, the Indian food company. Economic Times Award has given the title of Business Woman of the Year in 2009.

“Frank has been an extraordinary leader. He deserves enormous recognition for his achievements at Cognizant. On a personal level, I am fortunate to have him as a trusted confidant and sounding board,” said Brian Humphries, Cognizant CEO.

Francisco D’Souza is an American businessman and former Vice- Chairman and CEO of Cognizant. In 2007, he took his chair in Cognizant as CEO. In the year 1994, co founded Cognizant and was the CEO for 12 years in the company.

Cognizant is a multinational American corporation that provides IT services which includes technology, consulting and operation service. Cognizant started as Dun & Bradsheet Satyam Software and in the year 1996, the company started getting customers beyond Dun & Bradsheet.