Covid-19: Evolution Of A New World 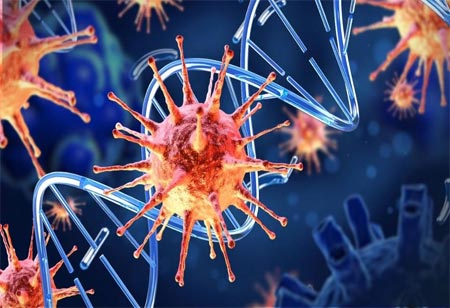 It is not the first time our world has faced a crisis and it's surely not going to be the last! But what every epidemic does is, it leaves it marks behind and a lesson for mankind. Every crisis makes us realize the importance of humanity and staying united.

A new year brings with it new hopes but the year 2020 brought with it new challenges! A challenge to survive the change.

The Covid19 in the present situation has made an impact globally which even the superpowers could not escape. The impact is so grave that the global economy has received a brutal shock and the world as we know it has changed.

A big jolt has been received by business organizations. It seems as if the whole world has come to a standstill and it's time to change!

Change is inevitable and in the present circumstances, the IT sector has also been through a major transformation. From conferencing room to video conferencing and office to work-from-home everything foists a major responsibility on the shoulders of the tech teams to help make the transition smooth.

The challenges faced by the IT department are

many, but a few major ones were infrastructure, finance, personnel, training, resources and internet connectivity.

With the demand for increased resources organizations looked up to their technology partners for the supply.

With a change in the flow of money, the organizations had to make new strategies and their focus changed from acquiring resources and personnel to reducing cost. A lot of new projects were put on hold or withdrawn which caused further losses to them and the people associated with them. Hence re-strategizing policies became the need of the hour and change became an integral part of the policies.

With the upsurge in work from home, many companies decided to make that a way of working in the future as well and thereby reducing the cost incurred on infrastructure, office space and remunerations of its employees.

With the economy on the brink of collapse, the organizations started coercing the CIO’s to cut down on the outflow. Thus, CIO’s requested all OEM’s for cost reduction and flexible payment options wherein they both can reach a mutual agreement and are benefited.

Despite several reminders, it is disheartening to see the faint response received by the OEM’s. Which has put a strain on the relationship between them and thereby resulted in the CIO’s of India to boycott webinars sponsored by the OEM’s.

One very important fact is that these testing times will pass but the kind of conduct exhibited by the OEM’s will surely impact the future relationship. The organizations might have to give in to the demands by the OEM’s but when the situation is back to normal, they are sure to look for newer options. This will result in a major loss to the OEM’s as they are still looking at short term gains and not seeing the big picture.

There is still time to right the wrongs and stand united while the storm passes and start afresh with a stronger understanding and long-lasting bonds.

Let’s work together for the evolution of a new world.

Infosys to Hire 300 Employees in Pennsylvania

Who is Suresh Nanda? From Indian Navy to MNCs