Flipkart Considers SPAC Option in the US Listing 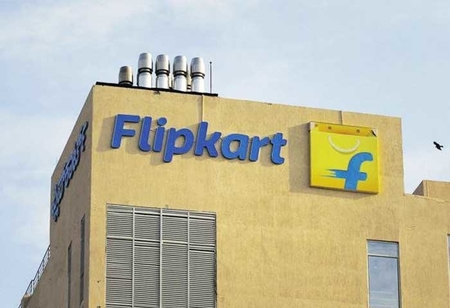 Walmart’s Flipkart ventures out with a blank check company, expecting a quicker listing process through a merger in the U.S., according to people familiar with the matter.

Over time the Bangalore-based online merchant has been considering a US initial public offering and is on the hunt for other options as well. Its advisors have searched for several SPACs. At the very least, chances are high that Flipkart could seek a valuation of $35 billion in a blank check transaction, said the people who wish to remain anonymous as the information is yet to be made public.

On the other hand, Flipkart is also combining with other Indian firms like Grofers, which is also an online based retailer, while searching for a US listing through SPAC deals.

With deliberations at a peak level, Flipkart could still attempt checking in for other options, said the reports.

"Merging with shell companies like SPACs results in financial raise from public investors intending to acquire a business within two-years while enabling Walmart to take its India unit to market faster than the usual IPO route".

"Merging with shell companies like SPACs results in financial raise from public investors intending to acquire a business within two-years while enabling Walmart to take its India unit to market faster than the usual IPO route".

Flipkart in a trio battle with its fellow rivals, Amazon.com Inc and Mukesh Ambani’s retail venture for Indian market share, commenced operations in 2007 and now sells 80 million products on its platforms. In 2018, Walmart had obtained a huge stake in Flipkart in a $16 billion deal.

Flipkart is an e-commerce company that is headquartered in Bangalore, Karnataka. The company started its operations through online book sales, and now has now grown to be a one-stop platform for all consumer goods such as gadgets, fashion, home essentials, home décor and even groceries. The company was established in October 2007 by Sachin Bansal and Binny Bansal, alumni of the Indian Institute of Technology, Delhi and former Amazon employees. It grew popular in the fashion segment after the acquisition of Myntra which is also another online-based shopping platform that focuses on fashion. This led to Flipkart to give equal competition with Amazon.