Government to Invest More in the India Semiconductor Mission 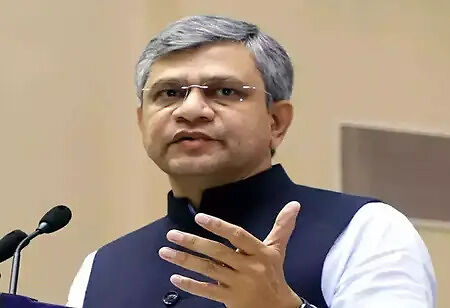 The central government is open to investing more in the India Semiconductor Mission as and when the need arises, says Ashwini Vaishnaw the Union Minister of Electronics and Information Technology.

“We fully understand that this is not something that can be done in a quarter or two or a year. This is a long haul and will require a lot of persistence and lots of effort,” says Vaishnaw.

In December 2021, the IT ministry had unveiled the semiconductor fabrication incentive plan as a part of which the central government would make large, upfront investments – 50% fiscal support as per recent modifications – to back the semiconductor wafer fab proposals by various corporate entities.

Last year, the IT ministry had revised the terms of the semiconductor manufacturing program to offer a flat 50 percent incentive to all applicants irrespective of the investment or the size of the chip they planned to manufacture.

“The reasoning for the government to expand the plan to include incentives for the manufacture of legacy nodes as well was based on inputs received from the industry," Vaishnaw adds.

It took 60 years for the semiconductor industry to grow to $500-$600 billion. It is going to be $1 trillion in the next five-six years

“The demand for higher nodes which go into electric vehicles, in train sets; in practically all the telecom equipment and power electronics all those sectors require higher nodes. So, we changed our policy and opened it up further,” says Vaishnaw.

“It took 60 years for the semiconductor industry to grow to $500-$600 billion. It is going to be $1 trillion in the next five-six years. So, that’s the kind of growth which is happening in the industry. There is enough for everybody,” adds Vaishnaw.