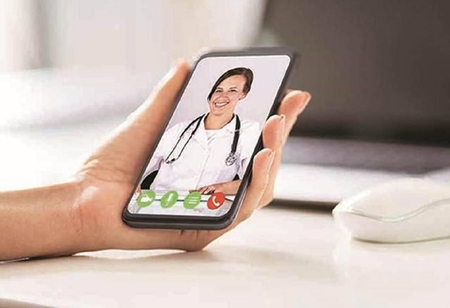 eSanjeevani, Health Ministry’s national telemedicine initiative, announces the completion of 9 lakh consultations since its rolling in November 2019. The health ministry has also published the top ten States with highest consultations through eSanjeevani and eSanjeevaniOPD. Tamil Nadu recorded the highest number of consultations with 2,90,770 patients making use of the service.

A telemedicine service launched under Ayushman Bharat health initiative for doctor-to-doctor interaction, eSanjeevani enables virtual meetings between the patients and doctors & specialists from geographically dispersed locations, through video conferencing that occurs in real time. It also generates an electronic prescriptions at the end of the remote consultation sessions, which can be used for sourcing medicines. Currently, as many as 28 States have on-boarded the Ministry of Health’s eSanjeevani initiative.

Ministry of Health & Family Welfare has launched two variants of eSanjeevani namely - doctor to doctor (eSanjeevani AB-HWC) in hub and spoke model and patient to doctor (eSanjeevaniOPD).
eSanjeevaniOPD is a telemedicine variant for public to seek health services remotely, it was rolled out on 13th of April 2020 during the first lockdown in the country. So far, over 7,16,000 consultations have been recorded on eSanjeevaniOPD that is hosting over 240 online OPDs which include general OPDs and speciality OPDs.

On the other hand, it has been a year since eSanjeevani Ayushman Bharat-HWC was rolled out. Andhra Pradesh was the first State to roll out eSanjeevaniAB-HWC services in November 2019 and since then around 240 hubs and over 5000 spokes have been set up by various States. eSanjeevani AB-HWC has completed over 1,83,000 consultations.