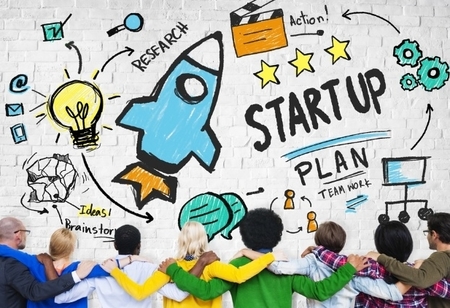 The National Association of Software and Service Companies (NASSCOM), in its Strategic Review 2021 titled ‘New World: The Future is Virtual’ reveals that India added nearly 1,600 tech startups to its ecosystem in 2020, making India the third-largest tech startup hub in the world.This is the highest addition in three years and takes the total number of tech startups to 12,500, including 12 new unicorns.

According to the report, the overall Indian technology sector grew 2.3 percent YOY on the back of raid increase of rate in digital transformation and tech adoption, through global output is estimated to have shrunk by 3.2 percent as a result of the fallout of the COVID-19 pandemic.

The report also says that Indian tech contribution to the GDP stood nearly at eight percent, despite the headwinds in 2020, with 52 percent relative share in services exports and 50 percent share in total FDI based on inflows from April to September 2020.

Despite the downturn, Indian tech industry continues to hire, with significant focus on digital upskilling, NASSCOM said. The report also says that the industry is expected to add over 138,000 net new hires in FY2020-21, taking its total employee base to 4.47 million in the financial year. The digital talent pool is expected to cross 1.17 million, growing at 32 percent over the last year.

Nearly 95 percent of the CEOs expect 2021 hiring to be more than that in 2020, according to a CEO survey by NASSCOM. Further 67 percent CEOs who were surveyed believe that the Indian technology industry will grow significantly higher than it did in 2020.

Investment in digital will continue to witness steep rise as an imperative for the industry, with organizations building their capabilities and aligning business models to digital practices. Digital contributed 28-30 percent of the total revenues of the industry.

Driven by hardware-led demand, the Indian domestic market continued to manifest great resilience growing at 3.4 percent in the year. The country also witnessed continued increase on innovation, with more than 115,000 tech patents being filed by companies in India in the last five years.

“Digital transformation is the topmost priority for global corporations and in a highly connected world that will remain largely contactless for an extended period, there are shifts in business models, customer experience, operations, and employee experience,” said U.B. Pravin Rao, Chairman, NASSCOM.

“As we look at 2021, while there are positives on the vaccination front and accelerated digitization across verticals, the technology industry in India is well geared to build on these trends and continue its transformation journey in this re-defined techade,” said Debjani Ghosh, President, NASSCOM.

The report also says that Indian tech contribution to the GDP stood nearly at eight percent, despite the headwinds in 2020

The companies continue to prioritize digitization while re-balancing the technology spends. The industry saw an overall shift of 10 percent in outcome-based pricing, while offshore witnessed more than four percent shift in 2020 and the attrition rate dropped by 50 percent in H2 2020 compared to H1 2020. The industry also witnessed 146 merger and acquisition deals in 2020, 90 percent of which were digitally focused.