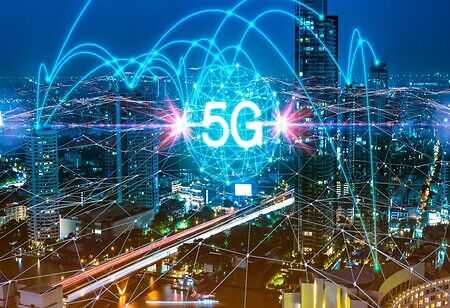 According to reports, India received bids worth 1.45 trillion rupees that is $18.2 billion on the first day of an auction for 5G airwaves where firms led by some of Asia’s richest men, including Mukesh Ambani and Gautam Adani, competed for rights that could decide who dominates the digital era.

According to reports, the ministry aims to allocate spectrum to wireless carriers by Aug. 15 and sees the ultra-speedy 5G services beginning in some Indian cities by September or October.

The airwaves sale will be a big financial boost for Prime Minister Narendra Modi’s government as it looks to tame inflation and rein in the fiscal deficit. ICRA Ltd., a local rating company, estimated in June that the airwaves sale could raise as much as 1.1 trillion rupees.

While Ambani’s Reliance Jio Infocomm Ltd. paid the highest pre-auction deposit signaling it’s likely to be the most aggressive bidder, it is the surprise entrant Adani Data Networks Ltd. whose bids will be closely scrutinized as rivals try to map out its telecom ambitions even though it said it was buying airwaves only to build a private 5G network.

The latest auction also marks the first time Adani and Ambani-led firms are vying for the same asset, making it a keenly watched contest. Adani is entering a sector that Ambani disrupted in 2016 and has dominated since.

As per reports, India has placed 72 gigahertz of airwaves on the block for 20-year tenure in various frequency bands ranging from 600 megahertz to 26 gigahertz. It also eased payment terms for wireless operators as India tries to catch up with other countries, such as South Korea and China that have had 5G networks for years.