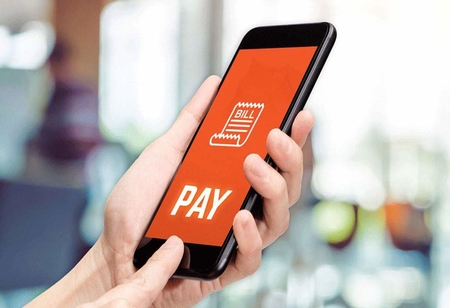 The Digital disruption in India poses a relatively low risk to the longstanding market position of its top-tier banks, said S&P Global Ratings on Monday, in its report titled "Tech Disruption In Retail Banking.'

The restrictions introduced due to Covid-19 have been a boost for Unified Payment Interface (UPI) as the value of transactions processed via the UPI almost doubled in June to November 2020 from the same period a year ago.

The Reserve Bank of India and the government have also been impactful in laying the foundation and raising the bar for development of fintech in the country and several banks were quick to embrace new technologies to cater to a vast and growing, young, tech-savvy customer base, it said.

Some non-banking financial companies (NBFCs) also made considerable traction in having technology-led banking solutions omnipresent in their core business models. Financial institutions use artificial intelligence and machine learning not only in loan underwriting, but also customer onboarding, cross-selling, servicing, and fraud management, the report said.

"Although we believe the industry's competitive dynamics will continue to evolve, new entrants have failed to make their mark so far. Payment banks in India have less than 1% of the deposit market share and remain unprofitable; restrictive licenses render the model rather unviable," the rating agency added.

The use of digital payment in China is quite different from India's, it said, adding that Ant Financial's Alipay and Tencent Holdings Ltd.'s WeChat Pay dominate mobile payments in China, causing deposit leakage from banks as money gets transferred out of the banking system to these wallets.

Back home, mobile payment users are moving away from e-wallets toward UPI, which dominated the payments market with 51% share in the total number of transactions in October 2020, unlike e-wallets, UPI does not lead to deposits moving out of the banking system, which allows the banking system to maintain an edge in the payment system.