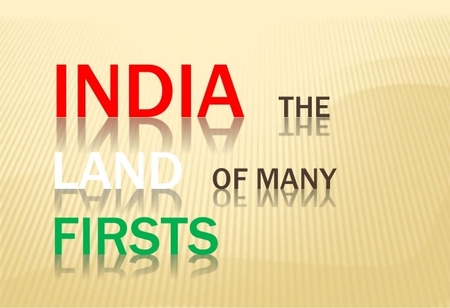 India is home to great minds of the past and several other significant milestones that not just changed the nation, but the world at large. Let’s not forget our contribution to Mathematics and Chemistry in the world arena. I always say: Indians Never fail to Amaze. In all the right sense of course. According to the celebrated American author of The Story of Civilization, Will Durant, “It is true that even across the Himalayan barrier, India has sent to the West such gifts as grammar and logic, philosophy and fables, hypnotism and chess, and above all numerals and the decimal system.

1. The Indian/Hindu Numeral System
This one is no breaking news. We all should know that the numbers that we all use today are an Indian invention. Referred to as Arabic numerals, after the Arab traders who carried Indian mathematical concepts to the West, this revolutionary Indian invention replaced the cumbersome Roman numeral system that were

being unsed in the West until then. Hands down, with no competition whatsoever, this system is and will be, one of the greatest human inventions of all time. Why you ask? Because one of the greatest of them all said it himself, “We owe a lot to the Indians, who taught us how to count, without which no worthwhile scientific discovery could have been made.” Albert Einstein.

2. Carburised Steel
Can you believe it? When I mentioned about our contribution towards Chemistry, it was not just ordinary Chemistry- it was Metallurgy. Ancient Indians were known pioneers in metallurgy, and had mastered the production of high quality steel more than two thousand years before the process was finally demystified (including through the scientific investigations of Michael Faraday) in Britain and Europe. Other great civilizations from Ancient Greece to Persia, and from Arabia to Ancient Rome, couldn’t dust the awe of the legendary Indian Wootz Steel. In fact, the invention so surreal, spectacular and prized that King Porus chose it over the gold and silver from Alexander the Great.

Let’s fast forward a bit now to focus on the last decade’s discoveries as well. From the numeral system in mathematics to healthcare discoveries, Indian brains have left no stones unturned.

3. Non-invasive Heart Condition Detector
A non-invasive device that can measure heart and lung, called the Fibre Bragg Grating Heart Beat Device, was invented by S Asokan, Professor at Department of Instrumentation and Applied Physics and his team at Indian Institute of Science, Bengaluru. The device simply requires to be wrapped around the patient’s chest. The sensors embedded in the device detect cardiac activities, measure blood pressure, count blood glucose levels, and monitor respiration.

4. Green Living – Streets Made of Plastic
What do we do with the Plastics wastes that has been haunting the planet’s ecosystem? We turn it into our roads. Similar to other nations, India grapples with an excess of plastic waste. But our scientist found a cure. Chemistry professor Rajagopalan Vasudevan devised a way to transform common plastic litter into a substitute for bitumen — the main ingredient in asphalt used for road construction. Known as the ‘Plastic Man,’ Vasudevan’s ingenious invention has already paved 3,000 miles (5,000 kilometers) of plastic thoroughfares in at least 11 Indian states. 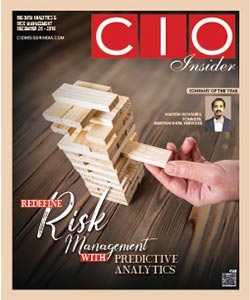