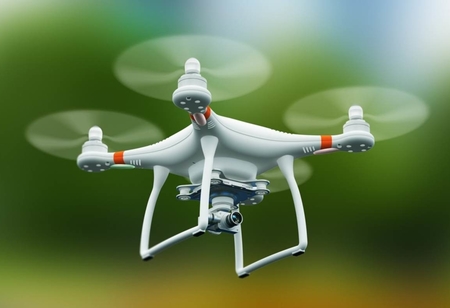 The surveillance industry is blooming in India, and Indian Railways is looking forward to having a piece of it. The Mumbai Division of Central Railway has procured two Ninja UAVs, aiming better security and surveillance in Railway areas like station premises, Railway track sections, yards, and workshop, among others.

to cover. The department thus expects better surveillance, and substantial improvement in utilization of scarce manpower. 19 RPF personnel have so far been trained in operation and maintenance of drones, and four of them have already received licenses for flying drones. In the aftermath, a suspect was already apprehended on a real time basis in Wadibunder Yard area while he was allegedly trying to commit theft inside railway coach stationed in the yard.

Railway Protection Force (RPF) has already procured a total of nine drones at a cost of Rs. 31.87 Lakhs that will be deployed across South Eastern Railway, Central Railway, Modern Coaching Factory, Raebareli, and South Western Railway. According to the department, this is only the tip of the ice berg. RPF plans to further procure 17 more drones in the near future at an estimated cost of Rs.97.52 Lakhs.

The union government indeed has broad plans to leverage the technology across a plethora of use cases. Recently, Prime Minister Narendra Modi divulged the government’s plan to use drones to map all properties inside village borders to map residential land ownership. According to a report by FICCI and EY, the Indian unmanned aerial vehicle market is expected to touch $885.7 million by 2021, while the global counterpart is approaching $21.47 billion. The subcontinent is also amongst the top countries across the globe in terms of importing drones, accounting for over 20 percent of the global drones imports.