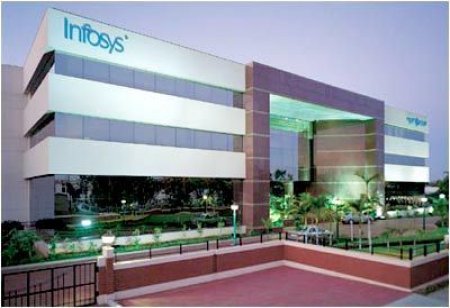 Bengaluru, India – 19 February, 2020: Infosys declares signing a long term partnership with GE Appliance which is a Haier company. Infosys, as an IT service partner will help GE Appliances to improve and increase its IT infrastructure and functional IT in managed service method, as an element of all innovation and optimization programme.

"We believe that with our expertise in executing large transformation programs, we will co-innovate with GE Appliances to deliver great customer experiences," Infosys Executive Vice President and Global Head of Manufacturing Jasmeet Singh said.


During the partnership process, Infosys is responsible to assist GE Appliances to improve their digital and workplace. This improvement transforms through automation driven managed IT service assist across the global command sectors, IT infrastructure and applications.

"We believe that this transformation will help us innovate better and faster for our end-users and we are looking forward to working with Infosys as one of our key partners in this journey," says GE Appliances Chief Digital Officer, Viren Shah.

GE Appliances is based in USA which is an appliances manufacturing based organisation. The company is majorly owned by Haier which is the largest appliance brand that manufactures appliances under a house brand. The organisation was owned by General Electrical. Haier Group Corporation is a consumer electronics and home appliances organisation based in China. It develops and builds products which include refrigerator, air conditioners, washing machines, mobile phones, computers etc. In 2015, Haier attempted to add Internet of Things into their devices.

Infosys is headquartered in Bangalore and is a multinational corporate sector information technology, outsourcing services and business consulting firm. The company is the second biggest IT Company. It was initially established in Pune in the year 1981. In the year 1983 it moved its headquarters to Bangalore. The company was initially named as Infosys Consultants Private Limited in the year 1981 and changed to Infosys Technologies Private Limited in 1992.The company starts one of its offices in Milwaukee to provide assistance to Harley Davidson. The company delivers various services such as software development, insurance, manufacturing etc.