IPwe and IBM to Turn Corporate Patents into Next-Generation NFTs 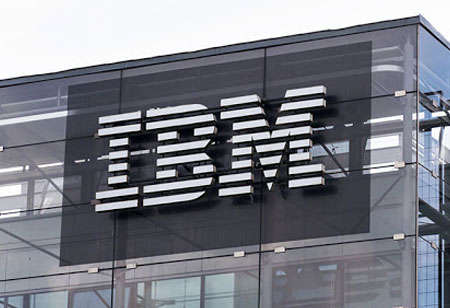 The tokenization of intellectual property (IP) would make it easier to sell, share, commercialise, or otherwise monetize patents, as well as provide new liquidity to investors and innovators. This increases transparency while still making similar transfers easier and less expensive.

IP may be authorized, marketed, and commercialized by portraying it in this manner, however, it can also be more readily seen as a commodity on a company's balance sheet.

Although NFTs have previously been used to portray digital art, sports memorabilia, and even famous Tweets, the early acceptance of IP-based NFTs could signal a shift in how inventors and businesses approach IP.

IPwe was initially established as a patent marketplace on the blockchain, collaborating with IBM and with the launch of NFTs, the company would be able to accelerate the ability for IP to be viewed as a liquid commodity, which has now become notoriously difficult to handle, value, and transact.

The IPwe Platform, which is hosted on IBM Cloud and operated by IBM Blockchain, can be used to store and exchange these NFTs. The platform also powers the Global Patent Marketplace, which helps patent owners and other players to transact, purchase, authorize, fund, distribute, research, and commercialize patents.

Many businesses, states, universities, and small and medium businesses (SMEs) around the world are currently using IPwe's technology, which includes the IPwe Platform, IPwe Registry, and Global Patent Marketplace, according to the company.

Furthermore, it is particularly powerful for small and medium-sized enterprises to portray patents as digital properties, since it enables IP to be seen as collateral or guarantees the worth of an entity, which then enhances its use when searching for financing. The IPwe Registry gathers new, active, and historical patent documents in a centralized, publicly available registry, with IBM AI-assisted scan.

The IPwe Platform is designed to transform the patent asset class by increasing transparency and promoting engagement, which we believe will encourage innovation

In the coming months, a larger community of financial institutions, insurers, businesses, and other patent stakeholders will be formed to promote the use and sharing of tokenized patents using these emerging technologies.

IPwe's NFTs will shortly be evaluated in the company's Global Patent Marketplace.

"The IPwe Platform is designed to transform the patent asset class by increasing transparency and promoting engagement, which we believe will encourage innovation. The use of NFTs to represent patents will help create completely new ways to interact with IP. This is expected to benefit not only large enterprises that have significant intellectual property, but it will bring new opportunities to small and medium enterprises and even individual IP owners. We believe it will usher in new offerings by financial services firms and corporations to promote the evolution of a new patent asset class”, said Erich Spangenberg, CEO, IPwe.

"IBM has a long history of leadership in intellectual property and the application of AI and blockchain in business. Our work with IPwe is another example of our collaboration with leading innovators to drive outcomes powered by blockchain capabilities and digital assets that have the potential to transform entire industries. As businesses increasingly look to transform how they work with intelligent workflows, blockchain technology is a critical tool to increase transparency and reduce barriers”, said Jason Kelley, General Manager, Global Strategic Partnerships, IBM Services.

Over the past three years, IBM and IPwe have collaborated to help protect ownership information, generate patent and portfolio analytics, facilitate transactions, and advance the next intelligent generation of patent pooling - an agreement among multiple patent holders to jointly license their patents - by applying IBM's deep expertise in blockchain and artificial intelligence to the IPwe Platform.