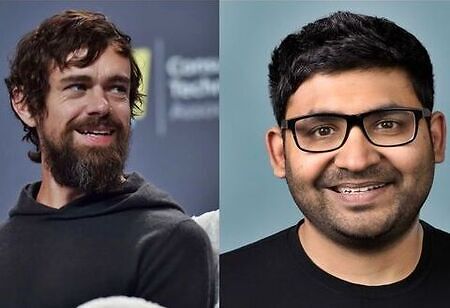 Jack Dorsey, co-founder and chief executive officer, Twitter, who holds 16 years of experience in the social media giant has descended his role. Parag Agrawal who has been the company's chief technology officer (CTO), is expected to step into his role immediately.

Dorsey's resignation, which has been in place since 2015, will take effect immediately. To ensure a smooth transition, he will remain a member of the Board of Directors until around May 2022.

“I've decided to quit Twitter because I believe it's time for the company to move on from its founders”, states Dorsey.

The 45 year old CEO expressed optimism towards his successor who has been on board with the social media giant since 2011 starting as CTO of the company.

‘My faith in Parag as Twitter's CEO is unwavering. His work has been transformative for the past ten years. I'm in awe of his talent, heart, and soul. It's his turn to take the reins”, expresses an optimistic Dorsey.

“I feel both honored and humbled. And I appreciate your (Dorsey's) ongoing mentorship and friendship. I appreciate the service you provided, the culture, soul, and purpose you instilled in us, and for leading the organization through some difficult times”, says Parag

Before joining Twitter, Agrawal worked on large-scale data management research with collaborators at Microsoft Research, Yahoo! Research, and AT&T Labs between 2006 and 2010.

Agrawal earned B.Tech and Computer Science degrees from IIT Bombay, one of India's leading institutions. Later, he earned a Ph.D. in Computer Science from Stanford University in California.

As Twitter's CTO, Agrawal has been in charge of the company's technical strategy, leading attempts to enhance development velocity and advance the status of machine learning throughout the company.

Due to his accomplishments in revenue and consumer engineering, Agrawal was named Twitter's first Distinguished Engineer before being promoted to CTO. His contributions include the re-acceleration of viewership growth in 2016 and 2017.

Agrawal expressed gratitude to Dorsey for his mentorship over the past decade shortly after being named the new CEO.

“I feel both honored and humbled. And I appreciate your (Dorsey's) ongoing mentorship and friendship. I appreciate the service you provided, the culture, soul, and purpose you instilled in us, and for leading the organization through some difficult times”, says Parag.

In the meanwhile, Twitter informed that Bret Taylor, a member of the company's Board of Directors since 2016, has been named the Independent Chair of the Board with immediate effect, in addition to Agrawal's appointment as the new CEO.

The company, which was launched in 2006, has seen sustained growth, which has been attributed to the leadership, which includes Dorsey. According to CNBC, Twitter's stock has increased by 85 percent since he took over as CEO in October 2015.