Know All About Bitcoin - The Cryptocurrency 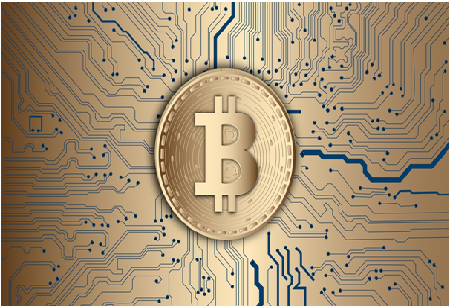 Virtual currencies emerge as an alternative to traditional fiat currencies and have their maximum exponent in bitcoin. Cryptocurrency has become one of the best long-term investments (full of risks, yes). Someone who had invested 1,000 euros in 2010 today would be a millionaire. If you want to know more, here we tell you everything about bitcoin .

If you have savings that you would like to invest, you may have doubts during the process, so you may need a financial advisor. At Finect we bring you a totally free tool where you will find an advisor that adapts to your needs:

What is bitcoin
Bitcoin is an independent and intangible virtual currency. What differentiates this cryptocurrency from a current currency such as dollars or euros is that it does not belong to any State. In other words, what are bitcoins? They are basically decentralized currencies, since there is no central bank, government or financial institution or company that acts on it.

In the case of the euro, the Central Bank can intervene to affect the price through massive money issues or through interest rates. This is not possible with bitcoin. What's more, its creators have already set a limit for the number of bitcoins in circulation. They will reach 21 million in 2030 and there will be no more.

Bitcoin is the first electronic currency that managed to implant itself with some solvency, but not the first to appear. What differentiates bitcoin from other attempts is its blockchain or blockchain technology - later we will explain better what it consists of.

• August 2008 marks the birth of Bitcoin with the registration of the domain bitcoin.org.

• Two months later, in October, the first document explaining the design of the virtual currency was published and in January 2009 the bitcoin network was officially born with the publication of the first open source from a client. It is at that moment when the first block of Bitcoins is mined with 50 prize bitcoins and the first shipment of this coin is made - later we explain what bitcoin mining consists of.

• The first changes of Bitcoins for dollars are already made in 2010 at a price of 1 BTC for $ 0.003. Also in 2010, Mt Gox was created, one of the largest bitcoin brokers that would later be famous for leading the biggest scam with this virtual currency.

• Although bitcoins have many benefits but purchasing things with BTC is the most important. The first purchase in bitcoins takes place in May 2010. Specifically, 10,000 BTC was paid for two pizzas. We can say that it is the most expensive pizzas in history. At the current price, we are talking about $ 30 million for two pizzas.

• In 2011 other cryptocurrencies begin to emerge and the growth of Bitcoin continues until 2013, when it receives a new push and its price reaches $ 3,000.

• It is not until 2015 when bitcoin as a payment method begins to be legislated - remember that this is its main function. That year the EU exempts VAT operations with this virtual currency, while advancing the technology that allows mining and getting bitcoins faster. In addition, it elevates it to the rank of payment method.

• But the real Bitcoin boom does not come until 2017. It is at the beginning of the year when it exceeds $ 2,000 and even $ 3,000 per BTC. The reason according to experts is that the BTC would be no longer having value as a means of payment and would begin to have it as a financial asset, something similar to what happens when investing in gold.

• In 2018, volatility reached the virtual currency and registered a drop of over 80% from its maximums, to approximately $ 3.00.

• Added to this is the fact that the 18 million units of bitcoin mined have already been exceeded, which brings us closer to the maximum threshold of 21 million bitcoins to be created.

• In fact, its production and value is based on the law of supply and demand. Another interesting detail is that Bitcoin has a fixed limit of 21 million coins. Initially, this limit was anticipated to be reached in 2030. However, estimates are increasingly lengthening. As there are fewer bitcoins every day, its mining becomes more complicated.