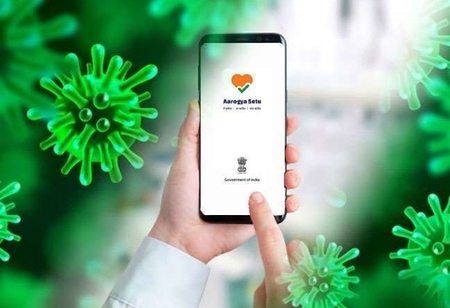 The ministry of electronics and information technology (MeitY) is off the hook regarding the RTI complaint case regarding Aarogya Setu App, as the central information commission (CIC) has withdrawn the show-cause notice. CIC will not slap any penalty on it in connection with the case.
According to CIC, it decided to drop the show-cause notice and let MeitY without any fine as there was “no malafide or intention to conceal

information” in central public information officers’ (CPIOs) response. “The show-cause notice proceedings are dropped and the complaint too is disposed of accordingly,” said a CIC order according to Mint.

It was a month ago an RTI query popped up regarding the origin of the Aarogya Setu app, information on the proposal and approvals of the app, and the names of companies and government agencies involved in developing the app. The response was that the “information related to the app was available in the public domain”.

The CIC immediately issued show-cause notices to CPIOs of MeitY, the National eGovernance Division (NeGD) and National Informatics Centre (NIC), which come under the administrative control of MeitY, asking them to clarify why dothey not deserve a penalty under the RTI Act slapped on them for obstructing information. They were also asked to appear before the CIC on 24 November.

Amazon ties up with Startup India to boost e-commerce exports