Microsoft Loses Bid War, Oracle En Route to Partner with TikTok in the US 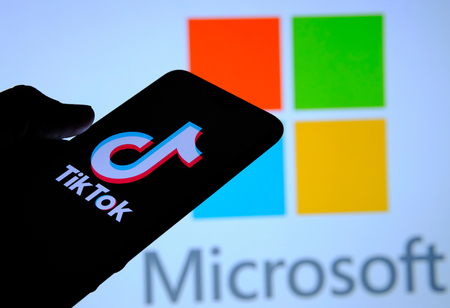 As TikTok moves closer to Trump’s deadline for finding a US partner to continue its operations in the country, US tech major Microsoft divulges that its bid got rejected on Sunday. As it stands, Oracle, another American multinational computer technology giant, is the only remaining contender to partner with the Chinese video-sharing social networking service owned by ByteDance.

“ByteDance let us know today they would not be selling TikTok’s US operations to Microsoft. We are confident our proposal would have been good for TikTok’s users, while protecting national security interests,” said the latest blog post from Microsoft. “To do this, we would have made significant changes to ensure the service met the highest standards for security, privacy, online safety, and combatting disinformation, and we made these principles clear in our August statement. We look forward to seeing how the service evolves in these important areas,” they adjoined.

Following India’s famous TikTok ban on June 29, the US President Donald Trump in early August had issued an executive order stating that if TikTok doesn’t reach in a purchase agreement with a US company by September 20, the platform would have to shut down its operations in the country. Trump’s decision was largely influenced by his view that TikTok could be used by China to track the locations of federal employees, blackmail and engage corporate espionage.

Downloaded by 175 million users in the US alone, TikTok has a user base of around a billion people worldwide who use to make short-form videos on their cellphones. Before its ban in India, TikTok had around 200 million registered users in India and was downloaded 660 million times since its launch in the country.