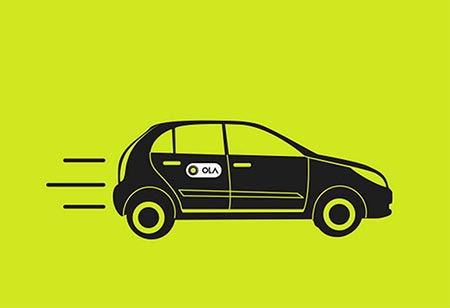 Ride sharing service providers Ola Cabs has named former Flipkart executive Sanjiv Saddy, as its new Vice President of corporate affairs. Sanjiv will be responsible for the task of building deep relationship with key authorities, government agencies, and other stakeholders. The information was conveyed by Ola Co-founder and CEO Bhavish Aggarwal, via an e-mail sent to the employees. He will engage and closely work with the employees.

Sanjiv Saddy has over 30 years of experience in

corporate affairs, government relations, and finance and business development. A Chartered Accountant by profession, he was previously working with Flipkart, leading its government relation and corporate affairs policies. Sanjiv has previously worked with Tata Communications, Emaar MGF Land Ltd and Freightwind & Travels Ltd. His appointment comes after the ride sharing cab agency faced several skirmishes with the authorities in Karnataka. Cab sharing companies Ola and Uber were asked to put an end to its pool services immediately in Bangalore by the Karnataka authorities back in June 2019. The decision was being made after a closed door meeting was held by the Karnataka Transport Department with the ride hailing companies Ola and Uber. The decision was hailed by the driver partners; however, it disappointed the many commuters who use the pool service facility regularly.

Ola has been accused of illegally operating bike and taxi services through alleged fake licences. An open letter was drafted by the Karnataka Transport Department to Ola which stated that the company’s licence will be suspended for the next six months, thus in effect banning all its services. The letter further stated that the app-based services are against the Karnataka Motors Act.

Ola has emerged as one of the most impactful home-grown companies from the previous decade, and currently it is at a very important phase as it looks for global outreach, as well as expands into other businesses.