Page and Brin sow seeds for prosperity while stepping down 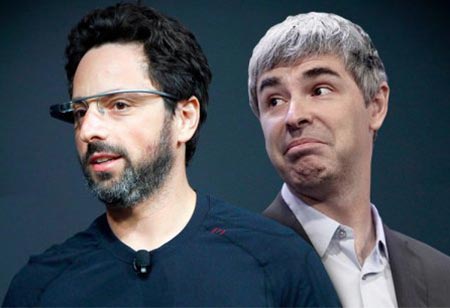 Wednesday morning woke with the news hearing founders of Google, Larry Page and Sergey Brin, stepping down from their posts from Alphabet. It has been twenty-years since Page and Brin founded Google from their garage in Menlo Park of California. The duo’s decision to hand over the control of the search engine and its parent company Alphabet to Sundar Pichai sent a surprise only in timing.

During the formation of Alphabet in 2015, Larry Page had stepped back from Google. After Page and Brin sworn in for the post of CEO and President

respectively for Alphabet in 2015, the company kept on devising its other plans to venture into spaces of self-driving cars and drones. The current move of exiting from the executive suite is the biggest power-shift from the top of a US technology company, ever since Steve Jobs made his move in 2011. In the list of multinational conglomerates that have founders in the senior role of their administrational department, we have Jeff Bezos of Amazon still managing the day-to-day operations of the company.

Siding with the argument that founders, not investors, are the best ones to shape a company’s destiny, Page and Brin has long designed Google’s corporate structure, learning lessons from what happened to Steve Jobs. Now, Pichai who was previously the CEO of Google will take the top C-level suite for both Alphabet and Google, “tackling big challenges through technology”, as he says. The rise of new regulatory scrutiny, increase in tax demands, as well as threat from Chinese competitors is awaiting the newly sworn in CEO to hit the ground running. To keep Google on the top at a time when new technology startups are rising can be a challenging job for Pichai. In the technology realm where TikTok’s parent organization, ByteDance, is gaining serious momentum, Pichai has to work his fingers to the bone while endowing future plans.

In a letter posted on Google’s official blog, Larry Page made clear that the current transition would not be affecting the Alphabet’s structure or the work they are involved on a daily basis. “I will continue to be very focused on Google and the deep work we’re doing to push the boundaries of computing and build a more helpful Google for everyone”, Page concludes in the letter.