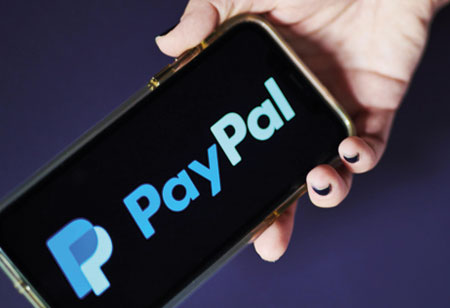 Paypal Inc. has began to encourage US citizens to use their cryptocurrency holdings to pay at millions of its online retailers worldwide, a positive move for digital assets in daily commerce.

The company mentioned that customers who have bitcoin, ether, bitcoin cash and litecoin in their Paypal wallets can convert their holdings into fiat currencies at any shopping checkouts.

In account to Paypal’s operations last year, its service will now be open to its 29 million merchants. Now with Paypal inbuilt with crypto checkout, users have the potential to buy, sell and hold cryptocurrencies.

Paypal is now evolving as one of the largest mainstream financial companies to welcome cryptocurrencies into its network and spark a rally onto virtual coin prices.

This year Bitcoin has witnessed a remarkable rise which is close to double its value and a lot of larger financial firms are seeking to bid on its greater adoption as well as to safeguard it from inflation.

"We agree we are at a turning point where cryptocurrencies are transitioning from primarily being an asset class that you purchase, keep, and/or sell to now being a legal financing source for making real-world purchases at millions of merchants," Schulman said.

As it pursues picking its pace among other mainstream investors, Paypal is on its way to becoming a major payment method, owing to its ongoing uncertainty

"This is the first time you can use cryptocurrencies inside your PayPal wallet in the same way you can use a credit card or a debit card," PayPal President and CEO Dan Schulman told Reuters ahead of the official announcement.

With fingers crossed, Paypal hopes its services will settle transactions in fiat currencies so consumers can avoid the risk of volatility.

"We agree we are at a turning point where cryptocurrencies are transitioning from primarily being an asset class that you purchase, keep, and/or sell to now being a legal financing source for making real-world purchases at millions of merchants," Schulman said.

According to the firm, there would be no conversion costs while buying with cryptocurrencies, and each payment would be restricted to one form of coin.

Paypal’s entry came less than a week after Tesla Inc announced that it will begin accepting bitcoin payments for its vehicles. Unlike PayPal transactions, where retailers obtain fiat money, Tesla has confirmed that the bitcoin used as payment will be owned by the company.