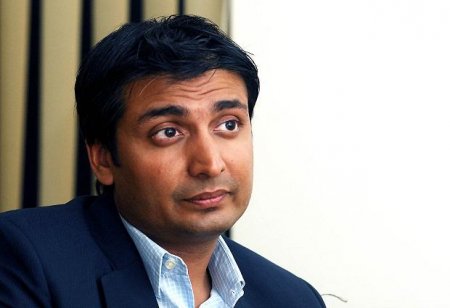 Bengaluru, India – January 06, 2020: Security and Exchange Board of India instructs the splitting up of chairman and CEO roles comes into action. Rishad Premji will take in charge as the non- executive chairman at Wipro Limited from Jan 14.

"The shareholder resolution brought out at annual general meeting (AGM) on June, 2019, is visibly clear. The company has spelt it out clearly that in view of the (Sebi) provisions, Rishad (Premji) will move to the role of non-executive chairman," said Amit Tandon, founder & MD of corporate

governance and proxy advisory firm IiAS. “The IT firm has even spelt out what will be compensation in the non-executive role. So, unless there is any change, he is likely to move to non-executive chairman role."

According to the notice sent out to the shareholders mentioned that, if the new directive did not turn out to be effective, Rishad Premji will remain as the executive chairman. To encourage corporate governance Security and Exchange Board of India made it necessary to separate the roles of managing director and chairperson. The directive also added that the chairperson must be non- executive director and not connected to the managing director or the CEO of the company.

After the implementation of the non-executive chairperson, Rishad Premji will be one of the youngest business leaders to handle the role of non- executive chairman in Indian company. Rishad took the ownership from his father Azim Premji, who was the founder. Presently Azim Premji and his family have earned about 74 per cent share in the firm. Wipro is considered as the fourth largest IT service companies in India and it has a market capitalisation of about 1.45 trillion.

In the year 2018- 2019, Rishad Premji was the chairman of NASSCOM. He completed his MBA from Harvard University. He did his bachelor’s BA Economics and studies in John Connon School. After his MBA at Harvard University and before joining to Wipro, he worked Bain & Co and GE Capital. He has accomplished several roles from heading investor relations to strategy before his role in Wipro as the Chairman.