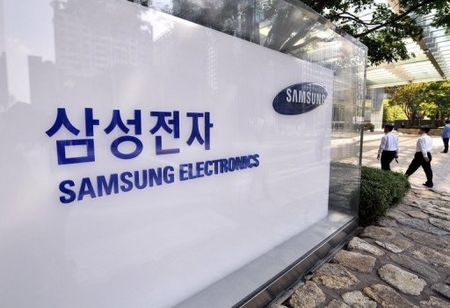 Samsung Electronics Co., Ltd., has baked an advanced chip technology which is capable of enhancing high-performance applications. With investment in semiconductor solutions expanding massively, the South Korean tech giant is looking for ways to expand its leadership.

Deemed as one of the world's largest memory chip makers, it expects to use its 2.5D packaging technology, Interposer- Cube4 (I-Cube4), as a next-generation device for increased communication and power efficiency between logic and memory chops, in areas such as high-performance Computing, Artificial Intelligence (AI), 5G, and cloud applications.

In order to cut costs and minimize processing time, the company said it increased its yield with pre-screening tests and shredded the number of process steps.

The South Korean tech giant said it would try to fit more chips into one package with the new chip packaging solution, as it investigates how to deal with interposer warpage and thermal expansion through material and thickness adjustments.

According to sources, it has developed a mold-free structure for the I-Cube 4 solution, which combines four HBMs with a single logic die for improved thermal management and power supply stability.

Further, the I-Cube 4 solution's yield, combined with its pre-screening tests, decreases the number of process steps, lowering costs and speeding up turnaround time.

Its I-Cube technology is proclaimed to horizontally position one or more logic dies, such as central processing units (CPU) and graphics processing units (GPU), as well as multiple high bandwidth memory (HBM) dies on a paper-thin silicon interposer, allowing them to act as a single chip in one box.

The South Korean tech giant Samsung is working on advanced chip packaging technologies for I-Cube 6 and higher to deal with interposer warpage and thermal expansion by improvements in material and thickness, as the desire to find new and improved solutions has no deadline.

Upon observing the extreme demand for chips among industries across the globe, the South Korean tech giant expects to see demand growth in various chip products soon after the economic recovery, despite concerns over the pandemic.

Kim Ki Nam, Samsung’s Device Solution (DS) head, said that the chip demand will increase despite the uncertainties for the year.

"Against this backdrop, 5G, AI and the Internet of Things (IoT) are gaining traction in the industry, resulting in increased demand for various semiconductors that form the foundation of emerging technologies”, continued Kim.

This year, Samsung will concentrate on strengthening its technology leadership in the chip market, according to Kim.

According to the Yonhap news agency, Samsung aims to mass-produce third-generation 5nm products and advance its 3nm node process technology in the foundry market, where it is attempting to catch up to industry leader TSMC.

Samsung, according to Kim, is behind TSMC in terms of production capacity and customer count since it started its foundry business later than its Taiwanese competitor. He did claim, however, that the distance between the two would narrow.

"Against this backdrop, 5G, AI and the Internet of Things (IoT) are gaining traction in the industry, resulting in increased demand for various semiconductors that form the foundation of emerging technologies”, continued Kim.