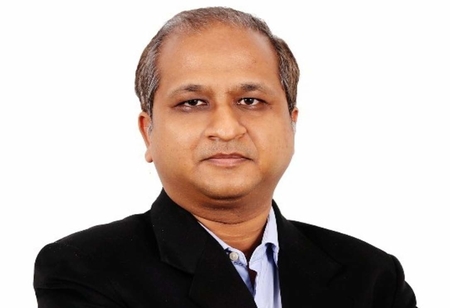 Saurabh Gupta steps in as Vice President and Head Group IT at Anand Group India from Kent RO Systems after spending six years as CIO (Chief Information Officer). Anand Group is a conglomerate based in India that is involved in the automobile and hospitality industries.

The company's primary business is the production and distribution of automotive systems and components.

Gupta will lead the IT unit and help the business with the use of new technology in his new role.

Prior to his appointment at Anand Group, Gupta spent his career years as Kent RO Systems’ CIO, where he oversaw the IT domain and has over 18 years of expertise in IT management, digital transformation, strategic planning, and other related fields.

Gupta, during his time at Kent remarked that Kent is a technologically oriented firm. Although Kent is a water purifier manufacturer, it is primarily reliant on information technology. One of the largest CRM deployments in India is ours. It has enabled us to significantly increase our service income while also allowing us to create a seamless platform for our consumers, service franchisees, and technicians.

He stated that technology has helped keep the company ahead of the competition by discovering new customers through data analytics and digital marketing, delivering the right product to the right customer at the right time through improved logistics, and providing a superior after-sales experience.

He is well-known among CIOs for his one-of-a-kind IT projects and creative ideas.

Kent, according to Gupta, was one of the first movers to the cloud. The company has become much more agile due to cloud deliveries. This necessitated the ongoing deployment and scaling-up of virtual machines. It also aided in the development of several ready-to-use products, including relational databases and image recognition systems (used in warranty card scanning).

This was beneficial in my day-to-day employment. As a result, Kent did not have to construct technology from the scratch; instead, it used ready-made APIs/platforms and integrated them into its system.

He is well-known among CIOs for his one-of-a-kind IT projects and creative ideas.

IIT-Delhi awarded Gupta a Btech and Mtech in Biotechnology. He has also benefited from international education institutes such as the Massachusetts Institute of Technology and Harvard Business School, where he gained leadership expertise and gained learning experience.

The ANAND Group is a global leader in the production of world-class automotive systems and components. In India, the Group includes 19 firms distributed across 59 locations. There are 12 joint venture companies and 7 technical collaborations in the company. It has a workforce of 14,000 individuals working for it. While India is the primary centre of business activity, it also has many international OEM customers as well as a strong aftermarket presence. It had a revenue of INR 10,000 crore as of March 2020.