Science and Technology in the Post-Colonial Era 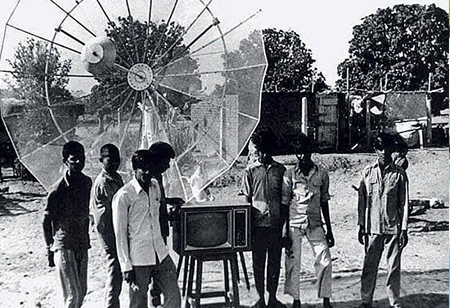 The post-colonial India under the Prime ministerial leadership of Jawaharlal Nehru has seen significant developments in the field of Science and Technology, amidst the lack of resources and dried-up economic conditions. The industrial revolution approached late in India, replacing traditional machineries with technology driven tools that operated on power and steam. Since India gained independence from the British, the country has made crucial decisions in science and technology sector to elevate from scratch.

The shift from handloom to powerloom marks the continual process of technological advancements for a country that was extremely exploited under the shoes of British colonialism. Indian traditions and customs that were tied closely with the equipments that were used to carry out specific works, but were not got affected. Indians and many freedom fighters of the country thrived to make use of Indian materials and goods produced by natives. Arnold David, historian and author of the book The

New Cambridge History of India, argues that pre steam power technologies were often used side by side with newer technologies during British Raj era. He cites an example from the history, when British goods were flooding in the Indian market and destroying the local hand-weaving businesses, some weavers improved their technologies and produced specialised goods.

During the post independence period, India faced border dispute from China and Pakistan which led to the demand for military preparedness. The military cooperation with Soviet Union partially provided with the initial steps in developing advanced military technology. Even the early roots of nuclear power in India can be traced to the nuclear reactor acquisition from western countries, particularly the American support. Initially, India’s key space programs were financially supported by Soviet Union, which helped the Indian Space Research Organisation in achieving some major triumphs such as setting up the Thumba Equatorial Rocket Launching Station, developing India’s first satellite Aryabhatta, and sending astronauts into space.

A separate department for Indian agriculture sector in 1986 under the Ministry of Science and Technology initiated major developments in the country’s agriculture sector. On 2002, India and the European Union agreed on a bilateral cooperation in science and technology. Now, Bangalore is considered to be the technological capital of India. The country has evolved to exercise on major aspects in science and technology field over the years on a large scale.

Today, India has been emerged as the fastest growing economy, and is expected to position itself as the top three economic powers of the world in the next 10 years. India witnesses more than 1,200 start-ups in 2018, as reported by NASSCOM. According to Statista, India’s exports of IT services in the financial year 2018 reached USD 70bn, and export revenues from information technology reached USD 126bn. India forecast a major leap in becoming one of the giants in the global tech innovation leaders as the country has got considerable start-up proliferation that could provide good manure in its transition journey.