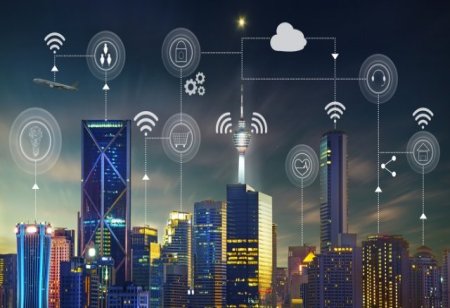 A birds-eye view of self-driven cars, technology induced payment transactions and digital interactions pop up in our minds when we think of a Smart City. More than just the integration of technology and a society, it is rather about raising the quality of life using technology and data. The huge proliferation of technology enabled devices in our lives has transformed the way we make decisions and interact with others.

It is the technology which is the key to a Smart City implementation, and that boils down to the Internet of Things world. The advancements supported by the IoT devices in today’s world are just a preview of the larger utilization it spares for the future. It is true that the idea of Smart City has to start with people, not with technology. In the layers of smart implementation of systems that assumes the concept, there is enough space and importance given for the people since they are the ones who

need to effectively make use of it. With the increased use of smartphone and sensors that connect to the high-speed communication networks, data can be translated to right usage in providing alerts and access to facilities. The amount of data generated across industries will continue to increase significantly. As smart cities sprout, businesses can make use of the humongous data that is been generated and turn it into their advantage.

Smart city being a collection of industries that include citing transit, waste management, city lighting, traffic management, health service, and many more, is likely to be a laboratory for newer applications to get widely deployed and yield specific use cases. In the Quebec City of Canada, Lumca Lighting is putting smart city lighting into work. Lumca’s lighting smart pole does multifunction such as LED lighting controls, surveillance cameras, electronic billboards, charging station, and Wi-Fi coverage. For city transit applications, transit agencies will see considerable benefits regarding time management, improved rider experience and safety. Suburban Mobility Authority of Rapid Transit, SMART, facilitates more than 330 biodiesel and hybrid-electric buses across Macomb, Oakland, and Wayne Counties. They have an automated vehicle location system with two-way communication system of vehicle’s and SMART’s dispatch centre. U.S Water is a company that operates in the water treatment solutions space across North America. This adds to the waste management and water system of municipalities to gain fruitful outcomes from the smart city implementations.

The drastic transformation of urbanization has fuelled the global smart city drive where many cities around the world are making commitment to the landscape of smart city and IoT. In India, there has been a significant development with the smart city projects and several state governments have started investing in such projects. In the long-run, cities benefiting from smart implementations could inherent advantages from wealth, density, and already existing high-tech industries. The future beholds a smart city framework that encompasses different industry segments which caters to the needs and demands of the people equally.