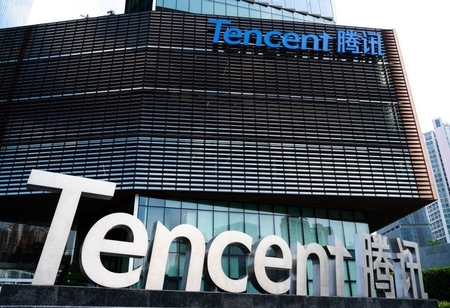 Tencent Holdings Ltd, a Chinese gaming and social media company, posted a 65 percent increase in quarterly profit, exceeding expectations, thanks to a boom in users for its video games in China and other markets.

Tencent, the world's largest gaming company by sales, reported a profit of 47.77 billion yuan (USD 7.42 billion) for the three months ended in March, above the average analyst estimate of 35.45 billion yuan published by Refinitiv.

Revenue increased by 25 percent to 135.3 billion yuan, compared to 134.39 billion yuan expected by the industry. Tencent recorded a 17 percent increase in revenue from online games.

The findings come as Chinese regulators tighten their grip on the country's internet giants, with Tencent competitor Alibaba already facing a $2.75 billion fine. Chinese antitrust regulators told the company last month that it will have to pay a fine of up to 10 billion yuan, give up exclusive music rights, and sell some of its music properties, according to Reuters.

The company has yet to react to the situation. Tencent Music, Tencent's music streaming service, announced earlier this week that Chinese regulators are scrutinizing it more closely.

According to data generated by SafeBettingSites.com, the company's gaming sales had been vigorously growing for the last five years, which reached an all-time peak of $24.1 billion in 2020.

"We are stepping up our investments in game growth, with a particular emphasis on large-scale and high-production-value games that can appeal to users globally”, the company stated

Already licensing approvals resumed in early 2019, with revenues hitting $17.7 billion by the year's end. According to projections, the company's gaming revenues increased by the most in its history in 2020, as the entire gaming industry expanded amid the lockdowns. In addition, in Q4 2020, the tech giant launched four new mobile games in China, the online gaming goldmine, and set a few new records for its gaming titles.

At the moment, it's up against ByteDance, the parent company of TikTok, and Douyin, a similar short-film website, both of which have made significant inroads into the video game industry, including the purchase of a couple of game studios this year.

At its annual video gaming conference last week, Tencent, which earns 32 percent of its revenue from video games, unveiled more than 60 new titles.

Later this year, it plans to release a mobile version of its League of Legends series, as well as a Pokemon game in collaboration with Nintendo.

"We are stepping up our investments in game growth, with a particular emphasis on large-scale and high-production-value games that can appeal to users globally”, the company stated.