Why Did Walmart Buy Flipkart? 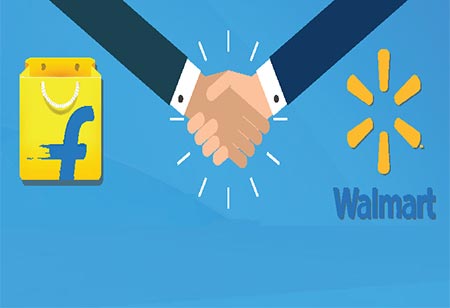 America’s best known for its grocery stores, discount department stores and hypermarkets, Walmart is ubiquitous across the US. Sadly, its sales have hardly grown offline while the online sales account for just a little more than 3 percent of its business in the US. Founded in 2007 by Sachin Bansal and Binny Bansal, Flipkart is India's premier e-commerce company that has enjoyed high profile investors like Microsoft, Tencent and Softbank.

But why did Walmart spend so much on Flipkart?
"India is one of the most attractive retail markets in the world, given its size and growth rate," Walmart's president and CEO Doug McMillon said in a statement.


Walmart had already spotted India's e-commerce market, pegged at a modest USD 38 bn in 2017, and expected to grow up to USD 200 bn by 2027. E-commerce was already making up less than 4 percent of the retail market in India, but that was predicted to shift as the number of Indians using smartphones (and the internet) increases rapidly in the next decade.

Let’s be clear, Walmart has 21 "cash-and-carry" wholesale stores in India that sell to businesses, but it has no other retail presence in the country. So when Walmart acquired Flipkart, it allowed Walmart to jump straight into a small but growing e-commerce market with about 100 million customers.


Few Analysts concluded that Walmart overpaid for its stake in Flipkart. This was a popular opinion echoed on Wall Street, where Walmart shares dropped to their lowest intraday price since October 2017. This was followed by wiping USD 10bn off its market capitalization. The reason: Flipkart is not expected to be making any profits for some years and the Indian e-commerce market is small by global standards. We’re talking about 100 million customers in a country with about 1.3 billion people. However, the deal still gives Walmart the VIP ticket into one of the most promising, albeit difficult, e-commerce markets. Walmart said in a media release that Flipkart will leverage Walmart's diverse retail expertise, merchandise supply-chain knowledge and financial strength, while Flipkart's "talent, technology, customer insights and agile and innovative culture" will benefit Walmart.

IFFCO Plans To Increase Focus On AI For Predictive Maintenance