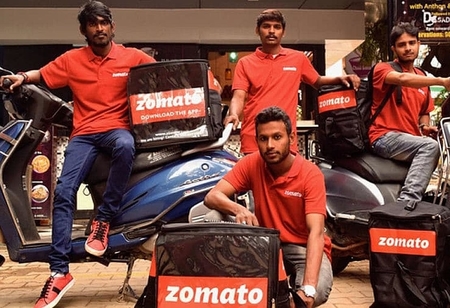 Zomato has closed a $250 million major financing round from existing investors Tiger Global, Kora and Fidelity at a post money valuation of $5.4 billion, a long jump from the $3.9 billion valuation after raising $660 million in December last year.

Kora has invested $115 million during this round, while Fidelity has thrown in $55 million and Tiger Global contributed $50 million, the online food delivery startup’s biggest shareholder Info Edge has unveiled in a stock exchange filing. Further, Bow Wave has ploughed $20 million while Dragoneer suffused $10 million. As a result, Info Edge owns an 18.4 percent stake within the Gurugram based agency at present.

Shortly after the announcement, shares of Info Edge were surged by as much as 5 percent to Rs. 5,250.

Last month ET had reported that the Indian food delivery platform is concluding a $500 million fundraise, which at large is being regarded as a pre-IPO funding round. The funding was anticipated to have a mix of $250 million primary cash infusion and a quantity equivalent through secondary sale of shares by Chinese traders Ant Group and Sunlight Fund in the course of India and China’s geopolitical tension.

Kora has invested $115 million during this round, while Fidelity has thrown in $55 million and Tiger Global contributed $50 million, the online food delivery startup’s biggest shareholder Info Edge has unveiled in a stock exchange filing

Info Edge, which holds the largest 22.2 percent share in the company, recently divulged that the foodtech has completed a $160 million funding round headed by Tiger Global and Temasek Holdings subsidiary macRitchie investments.

Deepinder Goyal, Founder and CEO, Zomato, in a series of tweets, expressed, Zomato was on track to record its best ever monthly sales in December 2020 while announcing the $660 million fundraise. He said that the company is now clocking 25 percent higher GMV compared to previous peaks in February 2020. He also added that the tailwinds for food delivery business are clearly visible and he believes that the growth of the sector will accelerate post vaccine.